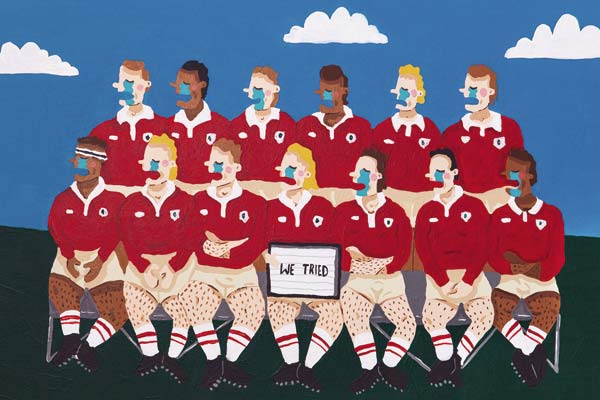 It explores male vulnerability in the world of sport across Australia, particularly focusing on the layered role the NRL plays in today's society. There's hope there – in the form of showing sport's potential as a progressive platform for masculinity.

Here, Samuel pens his thoughts on what inspired the work, in an open letter.

“Growing up, I struggled to find sensitive male role models in the mainstream media. Interestingly, one of the only times I saw men cry on TV was during a sports game. NRL players wept with joy, disappointment or frustration. They leaned on one another, supported one another, took pride in themselves, their teammates, and the diverse community they aimed to represent.

They expressed themselves in ways that would make some men uncomfortable outside of such a hypermasculine framework – which was something I felt compelled to explore further. As a stereotypical Cancerian who is inherently averse to conflict, I've always tackled tricky topics through my art.

Held at aMBUSH Gallery in Canberra, my latest exhibition Crying In The Leagues Club is an exploration of vulnerability in Australian sport, using a traditionally masculine activity to recontextualise the conversation around toxic masculinity. With works spanning acrylic paint, ceramics, animation, sound design, and LED, I sought to recreate the colourful, fragile, multifaceted world of sports as I imagine it; laden with both contradiction and camaraderie. 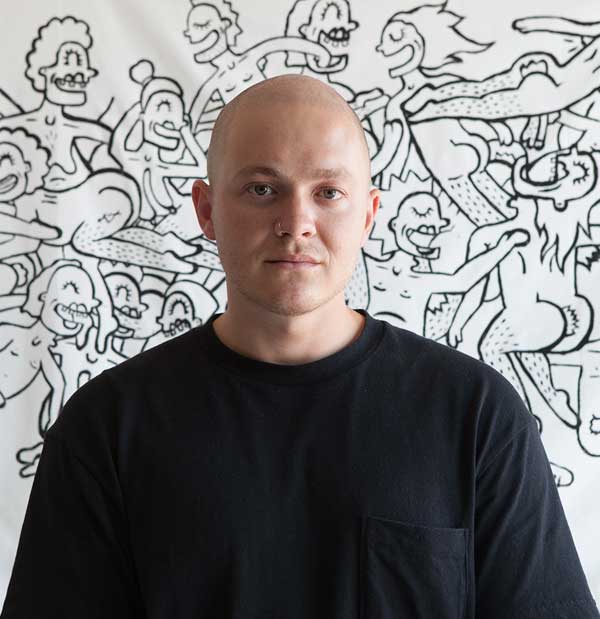 My interest in the subject stems from a belief that sport – and NRL in particular – can represent two ends of the one spectrum; at once a tool used to mould and manipulate young boys into a particular brand of man, and a platform with an unrivalled potential to reeducate men on expression, sensitivity, and connection. At the intersection of these two suppositions is an opportunity to communicate issues of pressing urgency – domestic violence, mental illness, feelings of isolation and shame – in a way that doesn’t threaten or accuse, but rather invites. I can't help but feel that so much of the current discourse around masculinity is inaccessible to those who most need to engage with it, which is why I've attempted to speak the language of the 'everyday Australian bloke'.

By integrating traditionally soft imagery into a synthesis of retro and contemporary NRL aesthetics, Crying In The Leagues Club celebrates the moments of vulnerability and connection in a world that can feel, to an outsider, unrelentingly tough and judgemental. It scrapes the mud off a worn pair of football boots, revealing its potential to both hold and support.

My hope is that the exhibition will cut through the noise and prompt men to reflect on their own vulnerabilities, freeing them to express themselves in everyday life.”