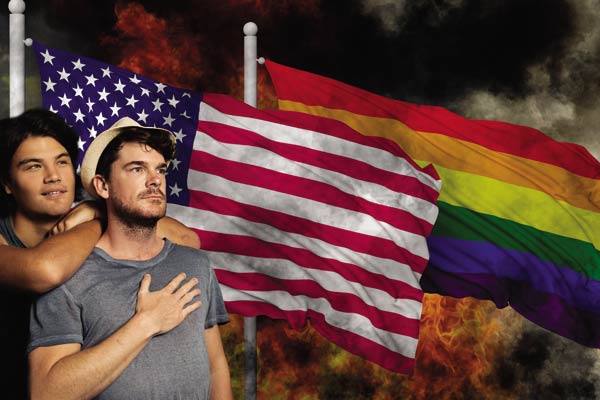 Mark G Nagle is back this month at the annual Sydney Gay And Lesbian Mardi Gras, taking on the role of Director for ‘Angry Fags’, a revenge story and cautionary tale about good gays gone bad.

Although a part of Mardi Gras, it's not necessarily just a piece of gay genre theatre, it’s more than that. ‘Angry Fags’ will explore that line in the sand and challenge audiences by posing several questions: where is the point of going too far? Where is the point where you have to stop something?

Nagle says ‘Angry Fags’ deals with dark themes, however, he elaborates: “I wouldn’t want people to think that it's a dark or an angry piece. It's an ironic title. You can change the word 'fags' to anything. It's about angry people, because we get done over by our politicians.”

Elaborating on these themes, and talking about collaborating with writer Topher Payne, Nagle explains, “I had read Payne’s original version of ‘Angry Fags’, he wrote it some time ago, in 2013, which I loved. . . But then he rewrote after Trump was elected, and it wasn’t a total rewrite, but he tweaked it and about 25 per cent of it is different and included Trump references.”

“You just have to write it with the Trump inclusions because he was angered by Trump being elected – as was I – and what was a brilliant play became an extraordinary play.”

In fact, Nagle is delighted that the play is on right now because it's touching base with a lot of things happening to us. 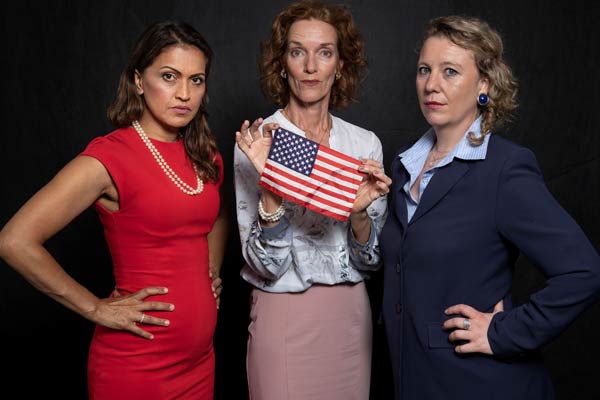 “There's a line, which is said, 'it's only terrorism when it doesn't work, when it works, we call it a revolution',” Nagle explains. “The central characters in this decide to do something, and they follow it all the way to the end because they must, and, the audience have to decide if they’re liberators or they’re terrorists.”

Nagle talks about what attracted him to direct 'Angry Fags'.

“When I want to direct something, I’ve got to love the material, and my first indication of if I want to direct it is whether this is a sort of play I would love to see. I wanted to challenge myself on how to direct a farce, a parody. I love comedy.

“I used to perform, and I like doing comedy but sometimes farces are done, and they're not well done. They’re overplayed, they’re just too slapstick.”

“This is the land of black comedy and I love that, so I had a challenge there to get my actors to be very truthful. . . But having to serve up some of the most delicious dialogue in some of the most bizarre locations.”

Speaking of delicious dialogue, Nagle states, “I'd love people to come and be prepared to see some amazing dialogue – to be really alert to the clues in the script. If it seems slightly convoluted then don't worry, it's all going to be explained.”