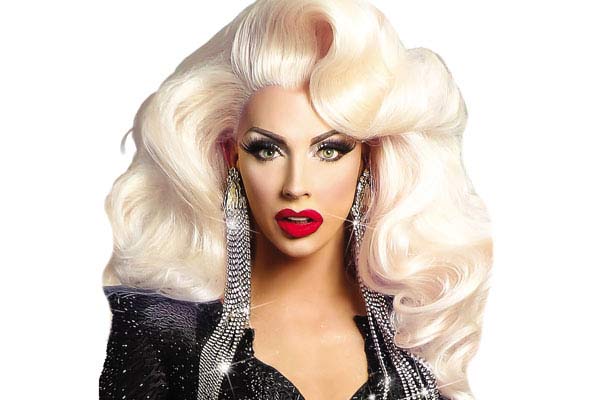 Dance studio ruler by day, drag world royalty by night... Alyssa Edwards returns to Australia on the back of her Netflix original 'Dancing Queen', bringing to Australia a 75-minute live show of the same name, which can only mean it's going to slay just as much.

The high-kicking, death-dropping 'Drag Race' alumna herself sat down to answer some questions.

You're heading to Australia with 'Dancing Queen'. What are you looking forward to about coming back down under?
After touring Australia in 2013 I instantly became attached, not only to the culture but the Alyssa fans that are strong down under! Stephen and inthedark Productions are top notch and the quality of hospitality is beyond inviting. It’s a feeling of home far away from home.

This is a brand new 75-minute show. What will you be bringing?
This new show 'Dancing Queen' is uniquely different from my usual stand up Kiki bit. 'Dancing Queen' is a more produced/structured (if that truly exists in my being) 75 minute full-out spectacle. Costume changes, dancing, laughter and video. Definitely more of a production but always true to the Alyssa Edwards gig.

It's also the same name as your Netflix reality show. What was it like to do that, and will there be more?!
The making of this original Netflix series 'Dancing Queen' is a hallmark of my life. A true labour of love! Will there be more...? The best is yet to come...

Of course those of us who have seen 'Dancing Queen' and watched you on 'RuPaul's Drag Race' know where Alyssa came from… But for those who are new to you, give us a bit of an overview.
I am the true definition of a fighter.
The eye of the tiger from a shy young gay boy to the finding of a successful self-made man. Justin Johnson, the man behind the make up of character Alyssa Edwards,The Texas Queen! Google for awl The T and watch the series!

Why do you love the art of drag so much?
The art of drag has given me the courage and the confidence to seize this life, the wig is like a cape to a superhero!

If you weren't a world famous drag queen, what do you think you'd be doing right now?
When I am not travelling from stage to stage across the globe I am doing what fills my heart with much joy... Teaching dance at my dance studio in Texas, Beyond Belief Dance Company, which is the root of 'Dancing Queen'. The one place that centres my being and completes my life.

Are you excited for the future? What's in the pipeline for Alyssa Edwards?
I’m hopeful for the future.
I’m a dreamer and a believer of destiny.
2019 has so many exciting announcements in store... I’m truly living my dreams.
Always and Forever,
Alyssa Edwards.