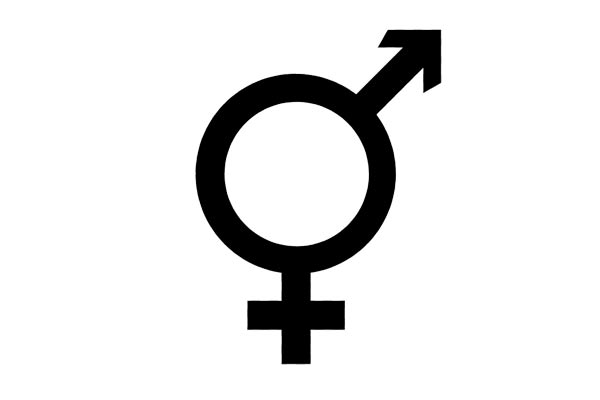 Why Removing Sex From Birth Certificates Matters To Gender-Diverse People

Governments of all stripes are considering the necessity and ramifications of recording a child’s sex on birth certificates.

As we went to press for issue one (26 June), the Victoria premier, Daniel Andrews, re-introduced a bill to Parliament which proposes transgender, intersex and non-binary people have the right to self-nominate their sex on their birth certificate.

Myriad animated discussion boards are canvassing this issue and exploring ideas such as the meanings of sex as opposed to gender, genetics as opposed to identity, unintended consequences, population data collection, the prohibitive cost of gender re-assignment surgery and education, education and education – not least of which ours and those of our law makers and professionals.

In April Tasmania’s parliament PASSED a bill that removed THE OBLIGATION TO RECORD sex from birth certificates. it was the first state in Australia to take such a step.

Under the law, a baby’s sex is still recorded in the register of births and hospital records, enabling the state to track sex information for statistical purposes, but it is optional to appear on the child’s birth certificate.

The argument behind the proposal was that people who do not identify with the sex of their birth – transgender, gender-diverse and intersex people – are forced to ‘out’ themselves constantly throughout life when their birth certificate is requested. This can cause embarrassment, raise privacy concerns and potentially lead to discrimination.

The difference between sex and gender

Sex is a biological concept that relates to a person’s physical features and characteristics, including genitalia and other reproductive anatomy, chromosomes and hormones. These features don’t always fit neatly within male and female categories. For instance, between 0.05 percent and 1.7 percent of people are born intersex.

In contrast, gender is a social concept that describes the way a person self-identifies or expresses themselves. A person’s gender identity may not always be exclusively male or female and may not always correspond with their sex assigned at birth.

The majority of Australian states and territories already permit birth certificates that record an individual’s sex as something other than male or female. South Australia, the ACT, NSW and the Northern Territory all provide a range of gender-neutral options for recording a person’s sex on their birth certificate, including non-binary, indeterminate, intersex, other and unknown.

Queensland has announced a review that would consider introducing similar measures.

A March 2018 discussion paper produced by the Law Reform Commission of Western Australia recommended doing this on the basis that:

Other jurisdictions around the world are now moving in this direction. The Canadian provinces of Ontario and Saskatchewan, for instance, recently amended their laws to permit individuals to opt out of displaying a sex designation on their birth certificate.

Why remove sex from birth certificates?

Having a gender identity that does not match the sex designation on a birth certificate can create confusion and potentially expose people to discrimination when an identity document is requested, such as when they register at a school or university or apply for a passport. Birth certificates are also used to accumulate identity points for anything from applying for a credit card to commencing a job.

As Dr David Cox, chairman of the Law Commission of Western Australia’s recent review, put it:

Removing sex from birth certificates would also eliminate the need for the parents of an intersex child to choose a sex for their baby to be publicly recorded.

This can be a highly difficult and emotional decision for parents and, in some instances, will not reflect the child’s understanding of their gender later on. Leaving the birth certificate blank allows the child to make that decision once they have the knowledge and maturity to confirm their gender identity.

In some states, such as Victoria and Tasmania (pre-the bill becoming law), people can only change the sex on their birth certificates if they undergo gender reassignment surgery. The decision to have this costly and invasive surgery should be based on one’s health and emotional needs alone.

Would this impact society in any way?

Even though such a move wouldn’t impact society at large, opposition to the proposed Tasmanian legislation was extremely vocal.

The Australian Christian Lobby, for instance, said the proposed reforms “greatly diminish” the significance of birth certificates because they would erase “historical truths”.

This suggests a fundamental misunderstanding of the purpose of birth certificates. As the Victorian Law Reform Commission recently concluded, the primary purpose of a birth certificate is to provide verification of a person’s legal identity, not to record biological details.

For example, birth certificates for people who were adopted or conceived via assisted reproduction reflect their legal parentage, not their genetic origins. It is birth and hospital records that provide an historical record of birth, along with adoption and donor conception registers.

Tasmanian Attorney-General Elise Archer also expressed her concern, saying such a move, “exposes the state to a range of potentially serious unintended consequences.”

She didn’t articulate what those “unintended consequences” might be.

Allowing transgender and intersex people to accurately state their legal identity and giving them control over their sensitive personal information will greatly improve their lives, without any impact on the broader population.

Like past decisions to remove race and parental occupations from birth certificates, eliminating sex is another step towards combating discrimination.

This article is reproduced with permission under the creative commons licence, courtesy of the authors and The Conversation.

The original article and the discussion it provoked is at https://theconversation.com/explainer-why-removing-sex-from-birth-certificates-matters-to-gender-diverse-people-105571