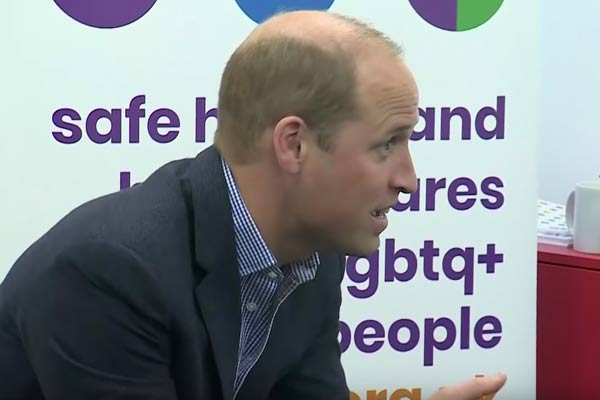 Prince William Is Cool With Having Queer Kids

During a visit to the London HQ of the Albert Kennedy Trust – an LGBTQ+ charity dedicated to helping young, queer homeless people – Duke Of Cambridge Prince William mentioned he'd be supportive if any of his children came out.

This came after a young gay man asked the prince how he'd react if that were to happen in the future.

"I think you don’t really start thinking about that until you are a parent, and I think – obviously, absolutely fine by me," William said.

"The one thing I’d be worried about is how, particularly the roles my children fill, how that is going to be interpreted and seen. So Catherine and I have been doing a lot of talking about it to make sure they were prepared.

"It worries me not because of them being gay; it worries me how everyone else will react and perceive it and the pressure is then on them."

There have been a number of royals who have either been rumoured as members of the LGBTQ+ community or open about their sexuality.

Even going back a few years Princess Isabella of Bourbon-Parma (1741-1763) was deeply in love with a woman, Anne Of Great Britain (1655-1714) had an affair with a woman… Statistically speaking, this shouldn't be surprising. But it's fair to say treatment of these folks would have been a lot worse back in the day.

It's great to know that Will and Kate are open about supporting the idea of any of their children being queer. Though it may seem a little insignificant and hopefully obvious in 2019, it just means that those same views of acceptance and openness will be carried down, thus bringing society forward to grow and change further.