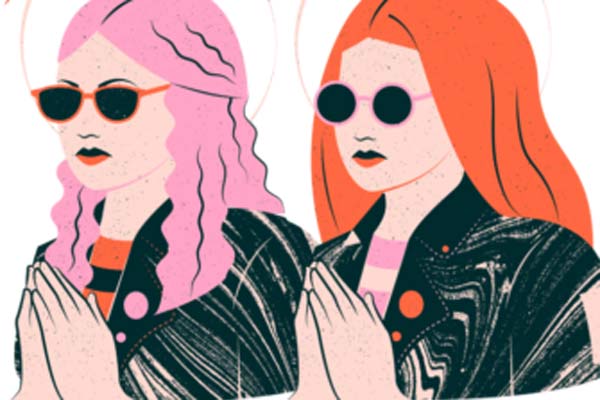 It's time to have some tough conversations.

Season one of the podcast 'Bad Behavior', hosted by two queer friends Rosalind Anketell and Nikila Cranage, featured guests varying from a sex educator to a contemporary Indigenous artist, gender and technology researcher, anti-abuse expert and a speaker with lived experiences in gay conversion therapy.

Now, it's back to tackle the taboo for season two, naturally set to address things left-of-centre and a bit strange – but also just everyday stuff we all experience. The episodes will cover a variety of topics including navigating gender identity and sex, Indigenous poetry, and addiction.
Before the next season launches on 17 March, one of the two hosts, Nikila Cranage, has penned an open letter about the origins, and intentions, of the podcast.

“In the lead up to the launch of our second season, I've been reflecting on the friendship that underpins our podcast and the power of passionately creating alongside your pals. 'Bad Behavior' was one of many creative projects that my co-host/best friend and I have embarked on together. These ideas have included a musical, a blog where we publicly wrote each other long letters about our weeks and a YouTube channel. Unfortunately none of these projects lasted for long, but we adored the feeling of curiously exploring the beginnings of ideas.

Rosalind and I met at the confusing age of 14. Back then we were quirky, closeted, and still channeling our teenage angst into bad poetry. Roz’s mother likes to say that from the first moment we met 'they only had eyes for each other' and it's true, we were (and still remain) quite obsessed. Not to eulogise but our friendship is one of the greatest gifts of my life thus far.

And so came 'Bad Behavior'. 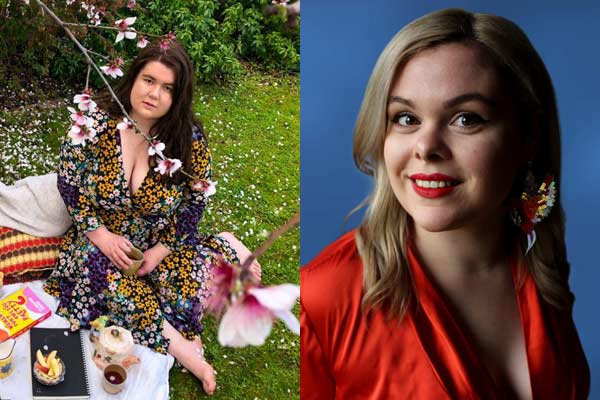 'Bad Behavior' is a podcast for rebellious spirits. Alongside our incredible friend and editor; Namcheja Maghembe, we interview guests on the unusual and the taboo, to challenge preconceived notions of identity. 'Bad Behavior' is about normalising being open to, and vulnerable in, tough conversations.

The podcast combines my love of storytelling with my interest in connecting with stories outside of my scope of experience. I make this podcast because I am driven by a deep desire to create lasting impact through my creative passions. Every interview provides action points that I can explore in my own life in the hope of using my privilege and voice to create change. It is important to us that we centre vulnerability and celebrate diversity, we showcase the stories that we craved growing up.

Our second season has stories of gender identity, addiction, artistic practice and incarceration. Fourteen-year-old Nikila and Rosalind would be so proud, we’ve created a podcast that tackles the taboo and deep dives into the conversations we were (and still are) so curious about.”

Listen to season one (and from 17 March, season two!) of 'Bad Behavior' everywhere podcasts are found.