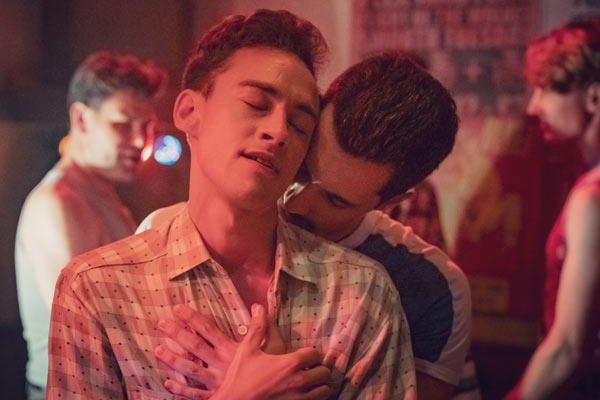 'It's A Sin' explores friendship and love in London during the 1980s AIDS crisis.

It's a five-part drama series and follows the lives of Ritchie (Olly), Roscoe (Omari Douglas), and Colin (Callum Scott Howells) as they embark on a new life. They're strangers to begin with, but these young gay lads and their best friend Jill (Lydia West) find themselves together and share each other's adventures.

A new virus is on the rise, however, and soon their lives will be tested in ways they could never imagine. As the decade passes, and they grow up in the shadow of AIDS, the friends are determined to live and love more fiercely than ever.

"I lived through those times, and it’s taken me decades to build up to this," Writer Russell T. Davies says. "And as time marches on, there’s a danger the story will be forgotten. So it’s an honour to write this for the ones we lost, and the ones who survived."

"I feel like the luckiest boy in the world to be a part of this project," Olly Alexander adds. "I’ve been a fan of Russell T. Davies ever since I watched 'Queer As Folk' in secret at 14 years old. His work helped shape my identity as a gay person so I’m absolutely over the moon. . ."

"I laughed and I cried a lot, it’s a privilege to be helping to tell this story and I’m so excited."