Australia's longest-running queer film festival returns to Melbourne to celebrate its 30th year of programming in 2020.

In this milestone year, Melbourne Queer Film Festival (MQFF) will be a celebration of 30 years of shared stories about LGBTQIA+ people and the community through film and the moving image.

The festival aims to bring the best of queer culture to Melbourne each year and to educate, entertain and celebrate diversity by showcasing the best queer film content.

This year, the event will expand its footprint, including a new venue in Melbourne's CBD, the newly-refurbished Capitol Theatre, joining the Village Cinema Jam Factory and Nova Cinema Carlton festival hubs.

There are more than 120 sessions in this year's programme. It's spread across central, north and south Melbourne and encompasses Australian and international features, documentaries and shorts, Q&A sessions, workshops and parties to unify and celebrate LGBTQIA+ culture and queer cinema.

As part of the 2020 programme, MQFF has also unveiled a new brand and festival tagline: 'We're Stories In Every Colour'.

“In this milestone anniversary year we wanted to ensure that we celebrate the diversity of the queer voice, while championing the people that have made it possible to bring these important queer stories to the screen over the past 30 years,” CEO Maxwell Gratton says. 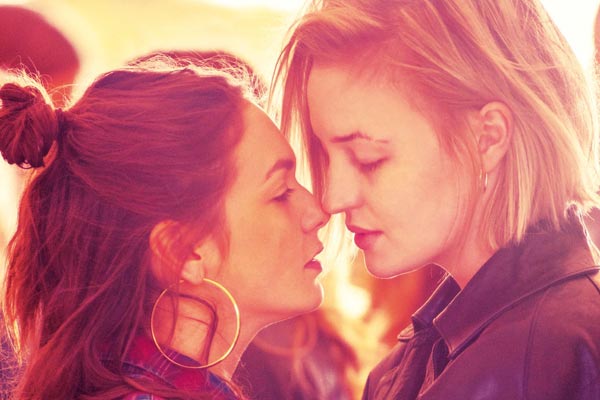 “'Stories in Every Colour' is a great way to showcase the diversity, history, talent and programming that makes MQFF such an important cultural event for Melbourne and LGBTQIA+ communities.”

Some of this year's films include 'Unsound', 'Sequin In A Blue Room', 'Tell It To The Bees', 'XY Chelsea', 'The Shiny Shrimps' and 'Queering The Script'.

“The lives, passions, struggles and successes of queer communities are as diverse as our acronym and this year’s programme will showcase some of the best stories from Australian and international film-makers to our festival,” MQFF Program Director Spiro Economopoulos says.

“Melbourne Queer Film Festival is about sharing the important stories of our community with our community. Get ready to be inspired, provoked, entertained and moved with this year’s selection of films.”