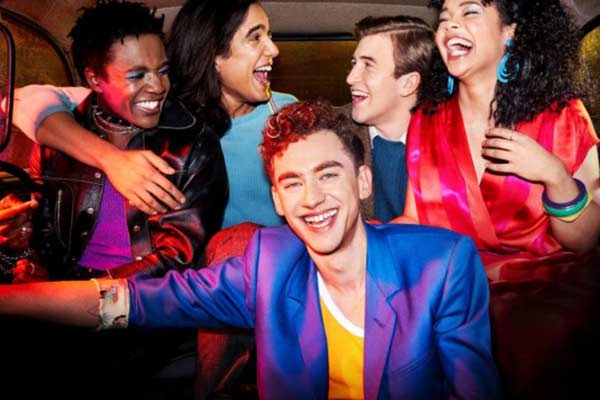 It's A Sin – Stan Series Review

Russell T Davies has crafted something so heart-wrenching, beautiful, funny and important in ‘It’s A Sin’, that it’s difficult to be concise about its impact.

The five-part series – set mainly in ‘80s London – seems to evoke new emotions at every turn, and the first episode feels miles away from the fifth. The characters are introduced individually, eventually colliding to form a tight-knit motley crew held together by real love and a passion for living life to the fullest.

Each of the characters in ‘It’s A Sin’ has their own dreams for the future. Dreams we learn about at the beginning of the series. But the discovery and spread of AIDS begins to stand in their way, and the effect AIDS has on these people and those around them is not sugar-coated in this series. It’s not sugar-coated at all.

It’s rough, it’s raw, it’s painful, it’s uncomfortable. . . It’s all the things a series with this topic needs to be in order to truly convey its message and display its truth. Not one episode wraps up without having addressed something tragic. That’s not to say, however, that it’s all bleak. The need for liberation and sexual freedom between these friends is also explored in considerable detail, as they celebrate themselves and rally against the idea of a life cut short by this mysterious illness.

Ritchie is particularly, frustratingly hostile and in denial about AIDS. It’s convincing to the point of annoyance, to Olly Alexander’s credit. Convincing to the point where it becomes apparent that this grinning, laughing facade of dismissal is more than that – it’s a mask hiding roots of real fear. Meanwhile, others are more outwardly concerned from the get-go – Jill wants to do anything she can to raise awareness of the subject. Her determination to warn the world of the destructive nature of AIDS, even as someone who, to her knowledge, can’t be infected by it, means she’s a beautiful character to watch, a fierce ally and evidently an incredible friend. A protest scene involving Jill and a small crowd of activists is particularly harrowing.

The illness slithers like an invisible snake across each episode, weaving in and out of frame unpredictably, and you’re not sure where it might rear its head next. . . Which, one can assume, is a mere reflection of what those who lived through this era must have experienced.

‘It’s A Sin’ is gripping from the second you meet Ritchie, Jill, Colin, Roscoe and Ash, masterfully and substantially exploring each character without making you feel overwhelmed with information. By the time you finish episode five, however, you'd be made of stone not to feel a different kind of overwhelmed. Make no mistake, this series is a punch to the stomach. . . But any weaker a response to a story about such a horrific moment in history would not be enough. It needs to hurt and it needs to feel real, because for millions of people, their friends and their families, it was.

‘It’s A Sin’ starts streaming on Stan from 23 January.