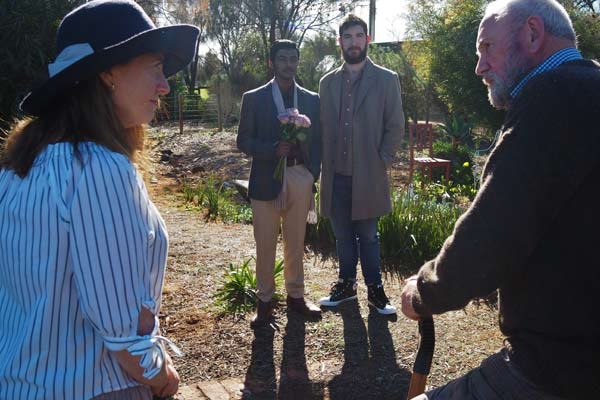 Before their date has even begun, each man is going through several "what if?" scenarios in their head. Will everything go to plan? Will it fall in a heap due to self-sabotage?

"I think it's a story that many of us can relate to, regardless of sexual preferences, and I am definitely not a stranger to dating anxieties and feeling like I wasn't worthy or that somehow, it was all going to fail," Saara Lamberg says. "I think it's so important to make films that are universally relatable but with queer characters. We are not 'fringe' and we are not 'alternative', we just are people, just like everyone else."

"With heartbreak and hopes of love and anxieties and trauma and sense of humour and all those wonderful things that human beings are blessed and cursed with."

Saara's work has been recognised around the world. She's received awards including Best Film at the IFF Milan and FAFF Los Angeles, Bronze at the Beverly Hills screenplay contest, Best Drama at Melbourne's Connect Film Festival and more.

'Hush Darling' was also shot in Adelaide. Saara says her experience with the people behind Feast Festival has been one to remember. 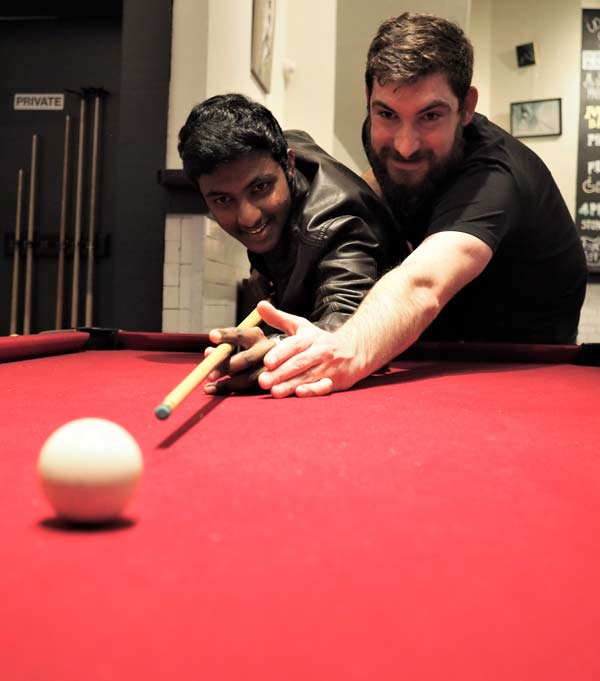 "The Feast Festival team and the Capri Theatre have been wonderful, I got in touch with them when we were first filming 'Hush Darling' in Adelaide in July. They included us in the programme before they had seen the film!" Saara reveals. "As a filmmaker, that is a great honour and the first time I personally have had a festival put their trust in me like this."

"I felt like I wanted to do a really good job and deliver something not only I, and my team, but the festival can be proud of too."

The screening of this short film will be part of an evening of queer short film – beginning with the Queer Screen Short Film Festival and films such as 'Black Hat', 'The Confirmation' and 'The Dawn Of A New Gay'. Saara will partake in a Q&A about 'Hush Darling' before the night closes with the SA premiere of Levan Akin's 'And Then We Danced'.

"I hope we have done this honour justice and I cannot wait to share the film with the audiences at the prestigious Capri Theatre and hopefully many other festivals after that," Saara says. "My cast and crew will all dress up for our big world premiere and we invite our audiences to do the same, let's make a night of it!"

'Hush Darling' is on at Capri Theatre 10 November as part of Feast Festival.