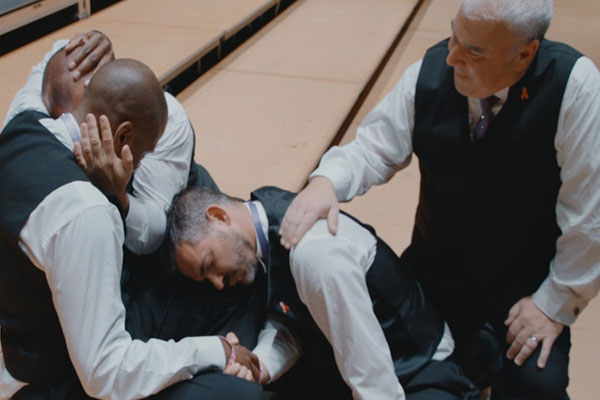 'Gay Chorus Deep South' is a documentation of the San Francisco Men's Chorus, on tour across the southern states of America with performances in Mississippi, Alabama, Carolina and Tennessee.

The film follows the choir as they leave San Francisco and the Bay Area and venture into communities very different to their own. It comments on expectations, cultures, and the United States.

It's playing as part of this year's Revelation Perth International Film Festival.

First of all, this is a film about the San Francisco Gay Men's Chorus. What was it like to be a part of the creation?
Working so closely with the chorus was one of the most inspiring moments in my career. They are a beautiful family and by the end of the production myself and our entire team became part of their family as well.

Why do you think it belongs as part of the programme of the Revelation Film Festival?
The main message in our film is to deal with the division America is going through right now. And sadly this division is happening at a global scale so it’s important to play in as many places as possible and Australia is definitely somewhere where the film and the chorus would love to spread love and acceptance through the universal language of music.

And what are you looking forward to about bringing it there?
It’s our Australian premiere, so I’m really interested to see how the audience reacts and most importantly how they can help amplify this message in their own communities.

As Director, what were some of the bigger creative decisions you made to make sure the film was done as well as it could be?
Absolutely. The biggest decision was to focus on a few people in the chorus and people in the south and how they came together. It was a huge risk but we didn’t have a choice because the whole crew was only eight people so we had to focus and make hard decisions every single day on tour.

It's also about the power of music. Why do you think music is as powerful as it is?
Music is the quickest way to touch someone’s heart. The harmony in a song creates harmony in our own lives.

What's your favourite example of a powerful song, and why?
Honestly I think music can change more than any other art form and to see how hip hop has empowered the black community and created upwards mobility. And in our film we explore the idea that music has empowered all civil rights movements from Martin Luther King to the AIDS crisis in the '80s to climate change right now.

It deals with a group of gay men touring to places they perhaps wouldn't normally venture for obvious reasons. How do you think this will resonate with audiences?
I hope this inspires people to be brave and go places where they think they would not normally be accepted and make prejudice up close and personal. That way, bridges can be built.

As an extension of that, what is the intended reaction? In an ideal world, what are audiences members (both queer and heterosexual) leaving this film thinking and feeling?
That love is love. That kindness is the first step to end this division. And that if you want to be heard whether through music or by shouting you first have to listen. Listening is the true power.