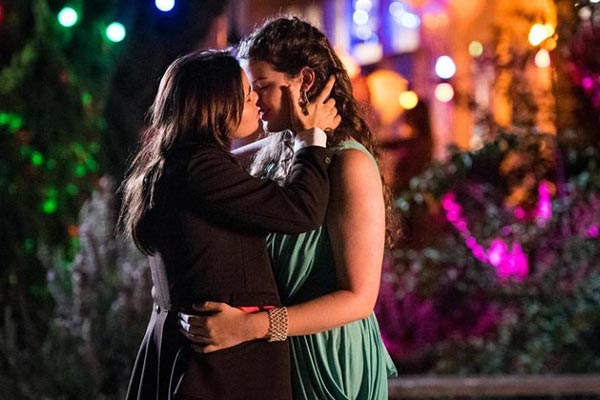 Adapted from the play of the same name (also written by Monica) the film expertly combines the awkward hilarity of a rom-com with the passion and raw emotion of a drama to create a truly beautiful viewing experience which tugs at your heart strings.

Sophie Hawkshaw delivers a superb performance as Ellie, a typically awkward teenage girl whose attempts to balance high school with her growing feelings for classmate Abbie are thrown into chaos by the sudden appearance of her deceased lesbian aunt Tara. With a head full of cheesy inspirational mantras, Ellie is a quirky yet lovable young woman and Sophie embraces her character wholly, delivering a performance which perfectly captures the confusion and awkwardness of adolescence while endearing Ellie to the audience. 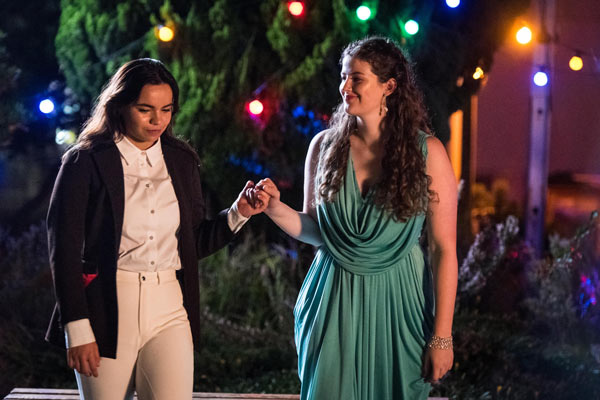 Zoe Terakes is equally impressive as Abbie, a young woman who, although similar in age, is at a different stage of her journey to Ellie. Zoe’s emotional performance perfectly captures the strength and vulnerability of her character and her palpable on-screen chemistry with Sophie adds a sense of authenticity to Ellie and Abbie’s relationship; creating two characters that you just cannot help but love.

Julia Billington is hilarious as the free-spirited Tara (the aunt we all wish we had) while Marta Dusseldorp and Rachel House round out the extremely talented cast as Ellie’s mother Erica and honorary aunt Patty.

Monica’s decision to place her lead characters at opposing points along the same journey allows the audience to watch the relationship unfold from two different – yet equally intense – vantage points and the result is truly thought-provoking. Monica has gone to great lengths to create five strong, emotionally-complex women who each bring their own unique experiences to the story and while their storylines are entertaining on their own they become so much more meaningful as the pasts and futures of each woman are merged together.

A powerfully-crafted script weaves together themes of sexuality and first loves with family, identity and history to create a beautiful (at times heart-wrenching) story which goes deeper than your traditional romantic comedy.

A love story for all ages.