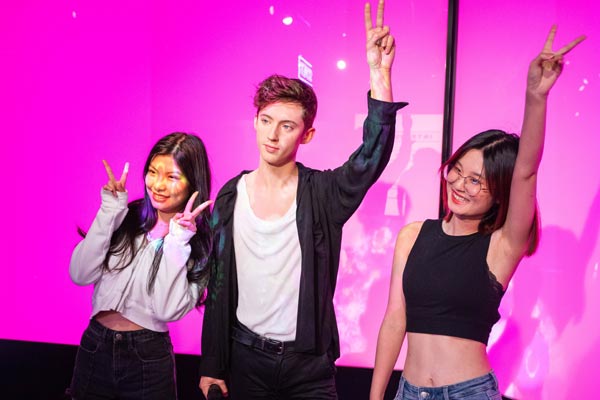 Forty of Troye Sivan's biggest fans gathered in an exclusive event at Madame Tussauds Sydney to see his first and only wax figure in the (almost) flesh.

The unveiling comes just as Troye drops a remix of his track 'Easy' with Kacey Musgraves and Mark Ronson.

The 1.73m figure is on display at the Sydney venue's new Sydney Live zone, and fans got a special surprise when Troye's parents Laurelle and Shaun FaceTimed in to the event from Melbourne.

"It’s the crystal blue eyes and perfectly chiselled face for me," a fan said of the figure. 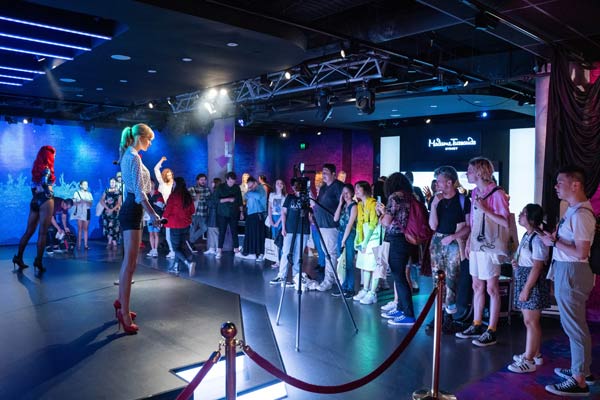 Troye spent hours with the Madame Tussauds team, taking photos in numerous poses to help mirror his look circa 2018-19. The figure wears a donated white singlet, cuffed black shoes and trousers as worn by Troye in his 'My, My, My' music video.

"I am absolutely blown away by my wax figure at Madame Tussauds Sydney," Troye says. "I never thought this would happen, ever. We spent ages holding up little samples of eye colours to my eyes to make sure they were just the right colour. It’s amazing, go check it out!"

To celebrate the arrival of Troye and the new Sydney Live space, Madame Tussauds will host live music during opening weekend (12-13 December). Eight local musicians enrolled in JMC Academy will take to the stage to perform sets, covering tracks by one or more of Madame Tussauds Sydney's music wax figures.