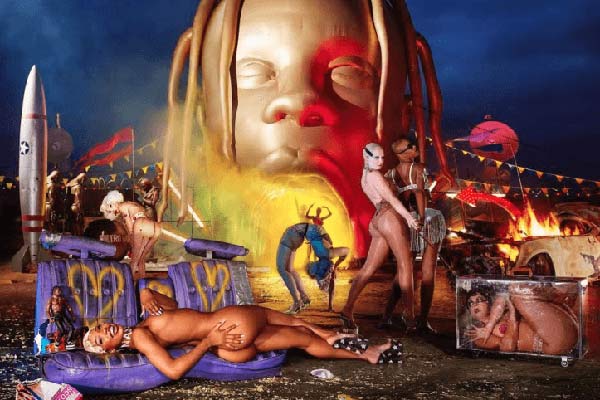 Rapper and producer Travis Scott has shared the album cover for his upcoming project 'Astroworld' via Instagram (out this Friday), but fans have noticed something strange.

David LaChappelle (who shot the album cover) also shared the image to Instagram but it includes trans icon Amanda Lepore.

Not only are fans confused by the removal of Amanda in Travis' post... Amanda is too!

She uploaded to Instagram, saying: "It was great being part of @david_lachapelle s incredible photograph of @travisscott s albulm cover but I’m curious why I’m not on the picture @travisscott posted”.

There are comments all over social media, outraged at the rapper's apparent decision to cut Amanda out.

So, what's going on? Is this a case of transphobia? Did Travis accidentally post the wrong image and if so, why has it been up for almost a full 24 hours? As with every social media scandal, time will surely tell.