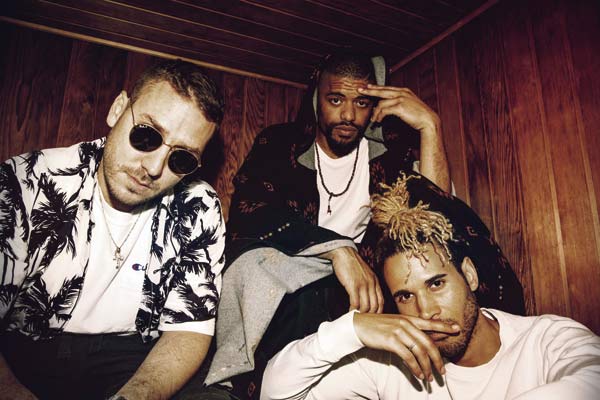 The Goods Get Peachy Keen With 5 Sexual Liberation Anthems

The funk groove single is a celebration of sexual liberation, and band members Black Tree, Badmandela and Rosario wanted the video to reflect and embody this.

“We wanted to jam in as much colour and movement as we could to make it really exciting,” Black Tree (vocalist) says.

In the spirit of the track's (and video's) themes, Black Tree lists five of his favourite sexual liberation anthems. Get ready to. . . Groove.

Nuff said, get your heal on while listening to this one because no one said it better than Marvin.

Grace Jones: 'Pull Up To The Bumper'

The cultural icon that is Grace Jones created this sexy slow burn. Hard to believe that Grace, now in her 70s, is still as bold and busy as ever! Forever turning a lewk and irreverent, which in my humble opinion is exactly where you want to be.

A song written about the controversy surrounding his private turned very public sex life. The song was Michael’s first single since he was arrested for engaging in a 'lewd act' six months earlier by an undercover police officer in a public bathroom. You heard the man, take it to the streets people.

An old-time classic suitable for a casual dinner party with the folks. Jokes aside, this one goes out to all my sisters! Cisgender, trans or otherwise. As my girl Flex Mami says: “Facilitate your own nut”.

'Peach' and its accompanying music video are out now. The Goods play Newtown Festival (Sydney) 10 November.