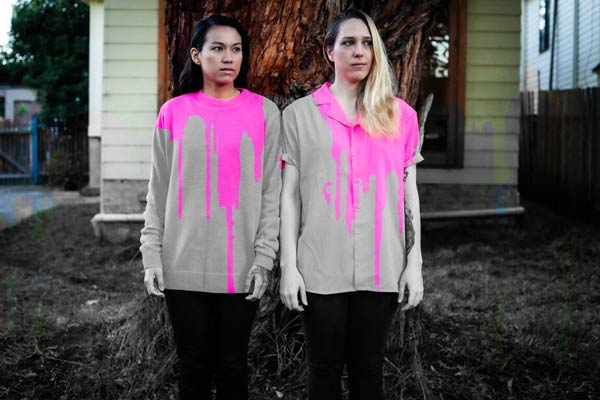 Sydney duo Forces & Fury are exclusively sharing their brand new video with FROOTY before it hits the wider interwebs.

'Watch It Burn' is the band's second single, featuring vocals from Sydney pop punk vocalist Stacey Stellar. It's the fiery follow up to 'Stormy Weather', bringing attention to a conversation and a narrative close to their hearts.

"We wanted to take a look at discrimination and simplify it to its true form of utter ridiculousness. Being queer females, and one of us an immigrant, discrimination is something we deal with on the daily; be it on the music scene, in technological spheres, at work, or during a night out," the girls say.

"The world has improved in our lifetime but we still have a long way to go. As Forces & Fury, it’s always in our game plan to be proactive about positive change.”

After establishing a formidable career as part of RACKETT, Forces & Fury are heading down their own, brand-new path.

And FROOTY's got the scoop on the brand new video, which you can check out below.

'Watch It Burn' featuring Stacey Stellar is officially out on Friday (12 July).