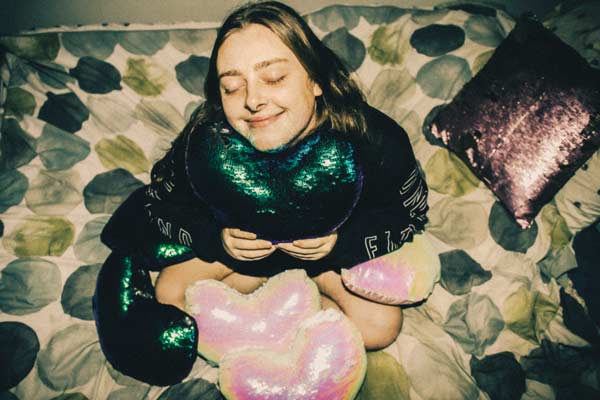 Newcomer Odyssey S has hit the Australian music scene with their debut single, 'Even When We Let It Go'.

At first, listeners are hit with a nostalgic episode of a dream-like trance reminiscent of Owl City, Flume, and Cub Sport before sliding into a heartfelt declaration of acceptance... We’ll all find ourselves singing it in the shower.

Odyssey S chats about where they come from, where their dreams are taking them, and what they want listeners to feel after hearing their music.

Despite having lived in the States, Odyssey S firmly refers to themselves as a Melburnian. Here, they’re better known as Josh Shore: self-proclaimed ‘queer’, ‘gay’, and ‘non-binary’ bedroom producer and indie music personality. And it was here they began their journey into music with a crowd of queer friends to cheer them on.

“It happened pretty incidentally I’d say. I just bought a guitar one day and was like 'yeah I’ll try this. Why not?' A year later I found myself performing at open mics. Stuff like that.”

Music wasn’t their first choice, however, with the artist mourning a career in dancing they saw cut short by illness. Like true silver linings, Odyssey S says it was this tragedy that ultimately lead them to music.

“When I was 17, I got really sick and couldn’t study dance anymore,” they explain. “And dance was a huge part of my life, so I needed something to fill that gap. Music became that thing.”

A year and a half ago, they chose to take their music to the next level and began recording their songs with Stuart Le Brander (Evangeline). The world has now seen the fruits of their labour with 'Even When We Let It Go', but are told to expect more soon, as Odyssey S finishes recording and polishing a full album. Melburnians are the ones to be jealous of, however, as Odyssey S continues to perform live gigs across Melbourne.

“I’ve done more performances than I have recordings. I performed at local cafes and pubs to start with. Then, with uni, I ended up doing some gigs at Gasometer and bigger venues like that.” 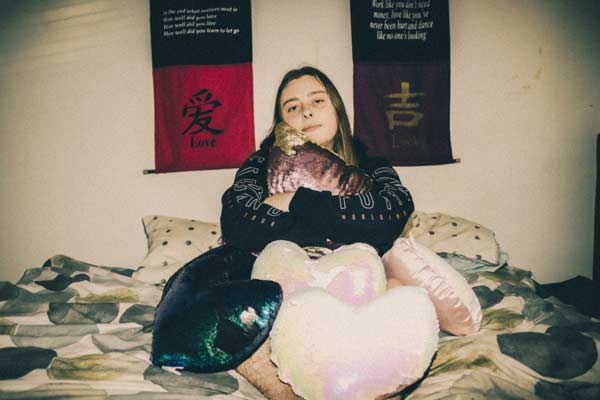 Odyssey S says they want to elicit a response in their listeners based on real stories. They say they awoke to queer culture through the work of Sam Smith and Troye Sivan, and hope listeners relate to their music in kind. They keep their lyrics uncomplicated, personal, and relevant to everyone. They want listeners to know the words.

'Even When We Let It Go' is an instant bop, with its perfect pop tone and smooth vocals which critics compare to Ruel, Cub Sport, and Dean Lewis. So where does Odyssey S get their inspiration, and where do they see themselves sitting in the Australian music scene?

“I do sound a bit like Ruel and Cub Sport. But my biggest music influences are people like Flume, Coldplay, and Vera Blue: some of the bigger electronic acts I find to be the biggest writing inspiration. It’s just so tight, the pop they write. So perfect.”

'Even When We Let It Go' is out now, and follow them on social media to stay up-to-date on their future performances.