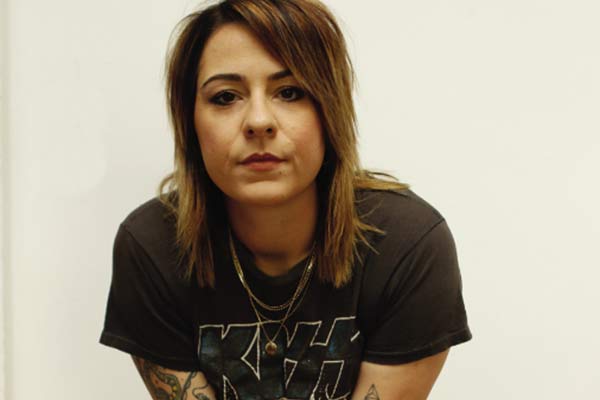 Lucy Spraggan Really Can't Wait To Tour Down Under

Lucy Spraggan, the beautifully optimistic English singer-songwriter, will soon make her way across the big pond, landing in Brisbane, Sydney and Melbourne, where she promises to give a performance reserved exclusively for her Australian fans.

After almost a decade of releasing music, and with five entire albums up her sleeve, Lucy is finally hitting Australian shores – something that she is looking forward to (to say the least). “I'm like super, super, super excited to be in Australia,” she says. “It's a real moment in my career, and it's so close and I'm so excited to be there.”

This leg of her tour, however, is unlike its European and American counterparts. This time she’s going to play songs from her most recent album ‘Today Was A Good Day’ as well as brand-new material that’ll appear on her next album – material that she hasn’t played anywhere else in the world.

Not only that, but she’s doing it completely solo.

“I'm not travelling with anybody – I'll be completely on my own, which I like to do when I start off in another territory,” Lucy explains. “I just go back to complete basics and I'm kind of privileged to have started off doing that in the UK.”

“I started off just traveling around with my guitar playing in bars and clubs and stuff, and obviously I get a bit of a leg up, because a couple of people know me in Australia now which is exciting, and so I don’t have to start off back in really busy pubs where no-one's listening, so it's nice to just go back to me and my guitar.”

As for how that’ll affect her performance, she thinks Australian audiences might like the intimacy that comes along with it.

“It’s scary, but it also makes me engage in a different way with the audience because I’ll have a bit of a chat with everyone during the set and make sure there's quite a lot of banter. . . Normally where I'd be looking to my bandmates for a bit of courage, I'll be getting that from the audience so that will be a real personal thing.”

However, it’s not only a few moments of intimacy that she’s excited to share with us. She’s also excited to share ‘Don’t Play This On The Radio’, her favourite song off the album ‘Today Was A Good Day’. She explains, “it just gets everybody going, and I teach them the song before I sing it, and everyone sings along.”

She also teases that she might indulge Australian audiences with her cover of The Proclaimers' late '80s hit ‘I’m Gonna Be (500 Miles)’, a song that is one of her all-time favourites.

All in all, Lucy has one hell of a tour planned for us this year, which is something that she’s very passionate about.

“To know that my music has got me all the way as far as I can literally go, that is like a proper milestone so it's like a real dream come true, which sounds really cringe and cliché but it's true.”