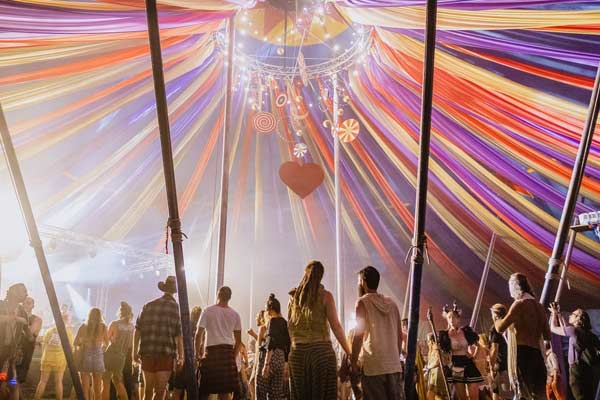 After its summer 2019 break, Queensland's Jungle Love Festival is returning for a sixth year.

The event has revealed a mammoth 29 acts in their first announcement, led by Nai Palm (of Hiatus Kaiyote) and Genesis Owusu across two main stages.

From folk-rockers Cash Savage And The Last Drinks to revered guitar hero Plini and the soulful Izy, it's a genre-diverse soundtrack of acts bringing together music lovers from all walks of life.

An electronic stage will feature some of Australia's finest producers including Doppel, Cheshire, SKRAM and Avaxa.

Organisers have announced the addition of a brand-new space, called The Closet, dedicated to LGBTQIA+ programming.

“The space will feature a range of talks and performances that explore the depth and intricacies of queer culture and sub-culture, acting as a safe space for the queer community to connect. We believe this is the first time a queer space has been held in a non-queer festival in Queensland,” Jungle Love Festival Director Elliott Hunt says.

The rainbow bicycles will be back this year, with more than 150 free rainbow coloured bicycles to be scattered across the site for all guests to ride. Pick up a bike, ride it where you like and pay it forward to the next person whose feet are too tired from dancing to walk back to camp.

Tickets for Jungle Love Festival are on sale now.

Jungle Love Festival is on at a secret location in Amamoor, Mary Valley region, Queensland from 1-3 May.