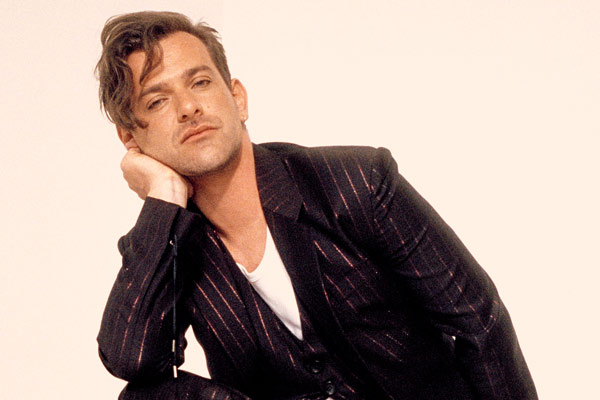 London-based Sydney native Josef Salvat has released the single and video 'in the afternoon', a track touching on selfless, consuming love.

This is the second single since Josef's return. The new era kicked off with 'modern anxiety', paired with its video designed exclusively to watch on your mobile.

The video for 'in the afternoon' features commentary on bisexual/queer relationships, with the lyrics asking a loved one to “just stay for a while”.

Here, Josef talks a bit more about his return to the music scene and the new song/video.

'in the afternoon' is your second single since your return! How does it feel to be back, and tell us a bit about the single.
It feels amazing. I’ve been away for a while and I’ve been dying to have music out and be able to play to people for too long. So, feeling good. This song came very quickly a few years ago and I loved it for its simplicity and the aspiration behind it. It’s a crush song, it’s totally hopeful. I needed some of that in my life.

Where did the inspiration behind the song originate?
I had a crush on this girl who had a nice apartment and I imagined us spending time in her flat, which is when I started the song. That didn’t work out and then I had crushes on several boys, which also didn’t work out, during which time I finished the song. The song was a wish. I could never just say out loud in the moment what I say in the song because I was terrified of rejection. The song was like my flag in the sand for the future.

The music video features a bit of visual commentary on bisexual/queer relationships. Why did you feel it was important to portray these for this clip?
Whether it was important or not didn’t cross my mind so much as whether it was an accurate portrayal of my experience. I feel super lucky to be releasing music in a time where I don't have to overthink that. We originally had a single lover cast and my gut reaction was that it wouldn’t work that way because it wasn’t real. So we changed it.

What made you decide you wanted to be a musician?
Writing songs was always what I did when I didn’t want to do anything else. It was my escape space. So when I was staring down the barrel of the future, it was a no-brainer for me try to make it my job.

Why do you think music is such an effective way to communicate thoughts/feelings?
I think it’s a pretty instant way of communicating. It’s hard to lie in a song, or when you sing, cause you immediately hear and feel it.

You're based in London! Do you have any thoughts on London's love for music in comparison to Australia's? Any major differences?
I guess the major difference is the distance and the ease of getting visas. The live scene in London is much richer, solely because it’s closer to most other places people tour and it’s much easier/cheaper to get visas to play here and you can stay for longer and get some other business done. I don’t think we love music any less in Australia (if anything we are better, hungrier audiences). I just think not so many people get the opportunity to play for us.

In what environment/location do you find it easiest to write a song?
Usually at night, ideally where no one can hear me and in a place where I can wake up to nature (so not in a city). But a great studio is usually also fine.

Why is this?
I find it best to achieve clarity/perspective in that environment. I find it real hard to write a song in the eye of the storm (emotion, human noise, whatever). Still, silent environments really help me settle my mind and then things can flow more easily from there. Lyrics and melodies are more likely to tumble out when I’m not thinking about sh.t too hard.

Do you plan to continue exploring the themes you have in 'in the afternoon' (song AND video) in the near future?
The themes are my story, so I guess the answer here is a big yes.

'in the afternoon' and its accompanying video are out now.