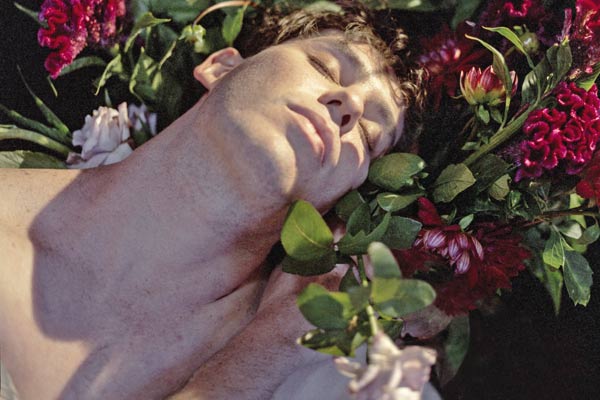 Jack Colwell Delves Into His Dreams In New Single And Video

Australian musician Jack Colwell has released 'In My Dreams', the first single from his forthcoming debut album.

The track is dark and cinematic, drawing on and utilising Jack's classical training at the Sydney Conservatorium Of Music.

It's also a showcase of the artist's love of boundary-pushing confessional songwriters; the likes of Nick Cave and PJ Harvey.

“I wrote this song very quickly at the piano. It seemed to come together almost like magic in one sitting,” Jack says. “It’s a dream narrative about a couple splitting apart but trying to hold on to the love they have for each other.”

Jack's breakout track 'Don't Cry Those Tears' topped the AMRAP AirIt charts, even spawning a remix by HEALTH. Since, he's played shows around the country and even a headline appearance at Sydney Opera House, accompanied by a string quartet.

Jack reflects on the origins of 'In My Dreams'.

“I had been workshopping various songs with Sarah Blasko at the time, and as soon as Sarah heard it she loved it. We decided to add bass, drums and strings to give it a really epic sound – I hope when people hear it they think it sounds larger than life, like a beautiful nightmare!"

The video accompanying the track was filmed by Joe Nankin (The xx, M83) in the English countryside.

“When I was writing the song, I was heavily influenced by Renaissance and Golden Age paintings that depicted violent scenes. I found it really fascinating how something so beautiful could also be so tortured. I collected images that I passed on to the director who immediately caught on to what I was trying to express with my music.

“We ran away to the woods and conjured up our own queer version of 'A Midsummer Night's Dream'.”

'In My Dreams' and its accompanying music video are out now.