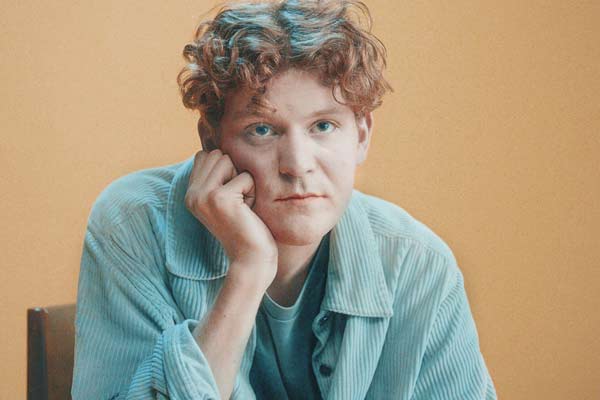 Indie pop musician Huck Hastings first made a major splash in the music scene after reaching the top of the Triple J Unearthed chart with his debut single ‘Exorcism’.

Since then, he has gone from strength to strength and his latest single, ‘Hey Babe?’ is no exception to that rule.

Heavily inspired by the art of storytelling, ‘Hey Babe?’ tells the tale of seeking closure after a breakup.

“I was just trying to create some closure for myself when I couldn’t seem to get it from them. So it’s kind of just me, talking to them as if they were there, pleading with them to give me some closure, while actually also just creating it for myself with the song,” Huck explains.

It’s a little-known fact that Huck had written an album between this work and his last release that he describes as “a lot more angsty”.

“I was using it to get that catharsis and then once I had written it and I had processed those emotions, I didn’t really want to be putting that out, I didn’t want to be singing it anymore. . . It was too angry. . . So I decided to put that away.

Rather than telling the narrative directly from his perspective, ‘Hey Babe?’, tells the story through a much more reflective mindset.

“I’m trying to examine my sense of responsibility in the situation, not just sing out my feelings. It’s more of like, you know, how much of this was my fault? What part did I play in this? And I suppose less about blame and more how did I present in this situation, just trying to understand it myself I suppose.”

Despite the emotional lyrics behind the track, Huck says there’s an “intentional levity” to ‘Hey Babe?’.

“It’s kind of sarcastic. I wanted to have a bit of comedy in there.”

“I remember playing a show a few years ago when I was playing my older material and it was all quite sad. I just wanted to make some music that people could dance to for the first time in my life. I really like deep, dark, complex music but I wanted to have a bit of fun with this stuff so it’s all intentionally a bit jazzy.”

“I was listening to a lot of Best Coast and lots of lo-fi surfy kind of stuff, I used to play more acoustic and I started playing the electric and I was just having a lot of fun with that kind of jangly sound so just went along from there.”

No matter the sound of the music he’s creating and the stories he’s telling, Huck says that people seem to resonate with his honest lyrics.

“I couldn’t really put out something that wasn’t authentic to myself but it’s great to have people respond to it and I think that’s because it comes from an honest place. . . It’s nice with 'Hey Babe?', having it be received positively even though it is so different is great.”

'Hey Babe?' and its accompanying music video are out now.