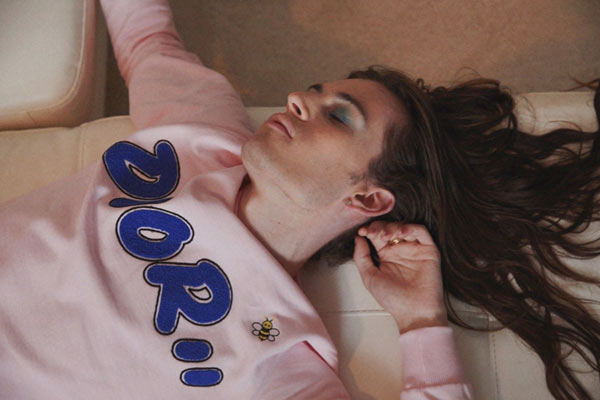 The family of Australian actor Harry Hains, who died in January from an accidental fentanyl intoxication, have released his first posthumous single, 'Good Enough', under Harry's artist name ANTIBOY.

Harry's concept of ​ANTIBOY​ offers a portal into an age of existence where there is complete, unparalleled freedom to live without preconceptions and societal labels.

"ANTIBOY represents the idea that most things that we are taught to believe in are an illusion," a quote attributed to Harry reads.

"The idea of gender, sexuality and race are social constructs. ANTIBOY is this place of true equality.

"The surface doesn't really matter anymore. It's really who we are. . . that's what matters – the amalgamation of our memories and experiences. We are one human consciousness."

Harry, who featured in 'The OA' and 'American Horror Story', identified as gender fluid, his family and friends allowing his identity to shapeshift and be open to interpretation, just like his music.

A melting pot of rock, electronica and gothic pop, the lyrics to 'Good Enough' shine a poignant light on the beautifully tender, yet fragile thoughts Harry wished to express as ANTIBOY.

A forthcoming ANTIBOY concept EP, 'A Glitch In Paradise', is due out later this year.