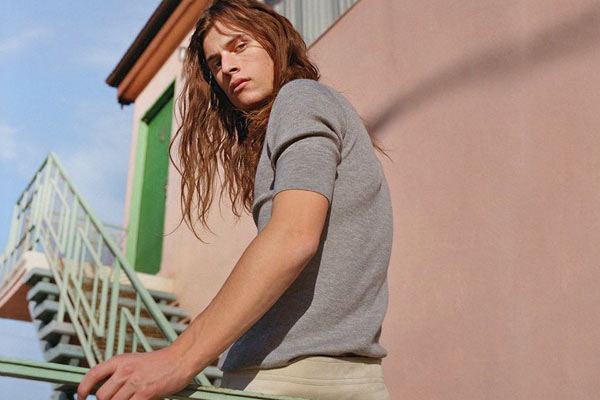 The family of Australian actor, artist and model Harry Hains – artist name ANTIBOY – have today released the music video, which doubles as a lyric video, for Harry's single 'Good Enough'.

It's an an animated video produced by Harry's brother, Sam Hains, depicting Harry's vision for the future of our world.

It shows the souls of two beings – equally human and bionic – longing for connection, acceptance, and love.

'Good Enough' is the first track from the Melbourne-born artist's forthcoming concept EP 'A Glitch In Paradise' which is due out later this year.

"ANTIBOY represents the idea that most things that we are taught to believe in are an illusion," Harry said. "The idea of gender, sexuality and race are social constructs. ANTIBOY is this place of true equality. The surface doesn’t really matter anymore. It’s really who we are. . . That’s what matters – the amalgamation of our memories and experiences. We are one human consciousness."

'Good Enough' is out now.