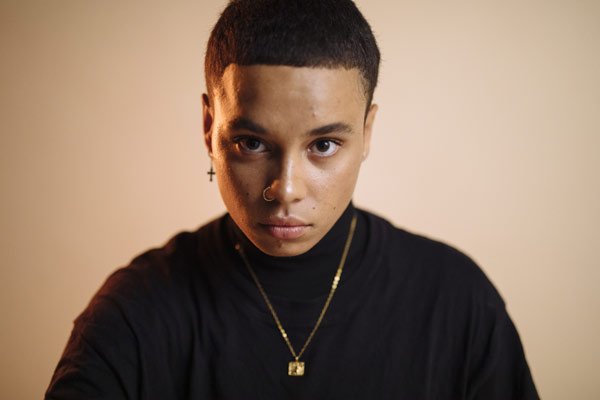 The track is a vulnerable and moving adaptation of the original version, inspired by Siala's own experiences with homelessness.

"Female homelessness and domestic violence are issues that are so close to me. I’ve felt the stigmas that come from being homeless, I know what it’s like if you’re struggling and I know how important it is to speak out and raise awareness," Siala says.

"This is the first song I’m putting out since being on 'The Voice', and to be able to cover such an iconic track and help educate people on the issue, means so much to me.

Siala was living in a women's shelter when she entered 'The Voice', having escaped domestic and family violence with her mother and five siblings.

"The line 'she’s just like you and me, but she’s homeless' captures it perfectly. Homelessness doesn’t discriminate; she could be your friend, sister, mother, daughter, so we’ve got to come together to help end homelessness."

The singer-songwriter is passionate about using her platform and voice to make a positive change. Within Siala's cover there are new lyrics and a bespoke rap. The song was produced by Mookhi (Olympia Henshaw).