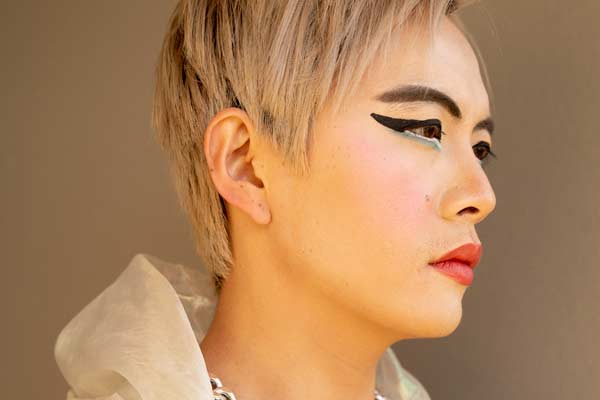 The self-described 'Asian empress of the gay streets of Sydney' explores being free in life and love, even when it feels impossible.

'Freedom' highlights Tai's vocals and is ethereal, slinky and groovy. The chorus crashes down like a wave before things retreat for the verses.

"I spent a lot of time during my childhood in Malaysia not living authentically and not being the best version of myself," Tai says. "'Freedom (自由)' is a celebration of our truest potential. The song is about self-love and self-respect by living truthfully. When we find freedom, it will wash away our insanity."

Dyan is recognised for his edgy performances – blends of pop music and Asian instrumentation. He continues to raise awareness for queer and trans people of colour visibility by creating the 'Worship' performance and dance party in Sydney. He's also spread messages of equality at underground queer parties in Asia.

Armed with a keytar, Dyan is a regular performer at Sydney Mardi Gras, queer parties and cabaret shows. As a musician, his tracks have charted on triple j's Unearthed and he has also collaborated with clothing label Mr. Gugu for the music vide of his track 'Digital Kiss'.

'Freedom' is out now.