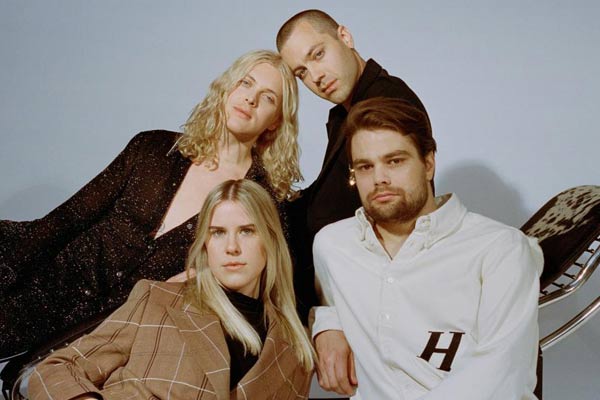 After the release of their self-titled third album earlier this year, Cub Sport have returned with the first taste of some new music.

'I Never Cried So Much In My Whole Life' features a stunning guest vocal from none other than Darren Hayes (of Savage Garden). It marks a new phase for the independent, self-managed Brisbane four-piece, who have spent the past couple of months finishing off some new music and touring.

"'I Never Cried So Much In My Whole Life' is a song about happy crying," Cub Sport's Tim Nelson says.

"I remember being at home and looking over at Bolan, Miss and Eve on the couch – they all looked so beautiful and happy and I was filled with so much gratitude and happiness and pride for how far we’d come and how many obstacles we’d overcome to get to that point."

Tim sent the track to Darren Hayes after they met in LA earlier this year, asking if he'd like to feature. . . Within 72 hours, vocals had been recorded and sent back to be mastered.

"I’ve been of a fan of Cub Sport since I first heard 'Come On Mess Me Up’. At the time, I didn’t realise they were Australian, let alone from my home town. I just loved the songs, Tim’s voice, the production," Darren says.

In honour of Spirit Day (17 October), the group have been selling purple shirts, with all the profits going to GLAAD. You can grab yours here.

'I Never Cried So Much In My Whole Life' is out now.