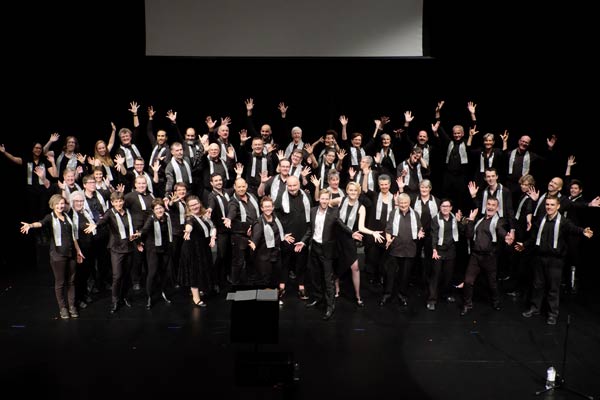 The Canberra Gay And Lesbian Qwire will host the 2019 Out & Loud Choral Festival.

The festival, which has occurred every three years since 2001, celebrates pride in the LGBTQIA+ community through music.

The festival is the only occasion when choirs from most Australian capital cities and Auckland meet to share the joy of singing, socialising, inspiring and learning from each other. This year, it is hoped that choirs from Fiji and East Timor will join the other seven choirs during the festivities for the first time after extensive fundraising efforts through GoFundMe to cover their travel costs. Currently, almost $30,000 has been raised.

Out & Loud 2019 will comprise of performances at a number of significant venues such as the Museum of Australian Democracy, the National Portrait Gallery and the National Gallery of Australia across the four days. The final performance will unite all of the choirs and festival-goers at the ticketed Gala Concert at Llewellyn Hall on 27 October. 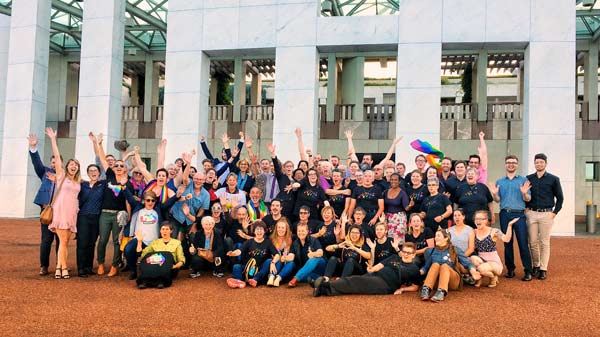 The Gala Concert will feature a world premiere performance of a new composition by the award-winning composer and musician Sally Whitwell, along with performances by all the participating choirs and a massed choral event.

Musical direction for the massed choir will be by Stephen Leek, one of Australia’s foremost choral musicians and conductors.

The Canberra Qwire, which celebrated its 25th anniversary last year, welcomes all members of the public to celebrate the LGBTQIA+ community during the festival by attending the iconic venue performances, Gala Concert and even the party on Saturday night!

The Out & Loud Choral Festival runs from 24-28 October in venues across Canberra.