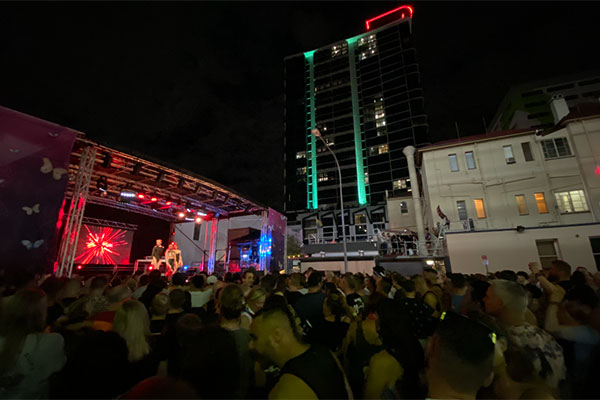 A colourful crowd of queers (and allies!) arrived at The Wickham for another Big Gay Day on 8 March, and boy did it deliver in 2020!

With plenty of food trucks, drinks, photo opportunities and music to go around, Big Gay Day was a gorgeous way to celebrate the queer community of Brisbane and beyond. The weather was perfect; overcast with hints of sunlight and not too warm, which made for a comfortable crowd of revellers keen for some party time.

The stage was occupied throughout the entire day with talented musicians and DJs, keeping the tunes pumping while the drinks flowed, selfies were taken and the LGBTQIA+ community relished in a safe space teeming with joy and a genuine atmosphere of love and support.

Musicians playing their tunes included Julia Rose, Being Jane Lane and Ellen Reed, providing an array of genres showcasing brilliant musical talent for the masses. . . A crowd slowly forming and gathering, growing in numbers as the sun began to set. 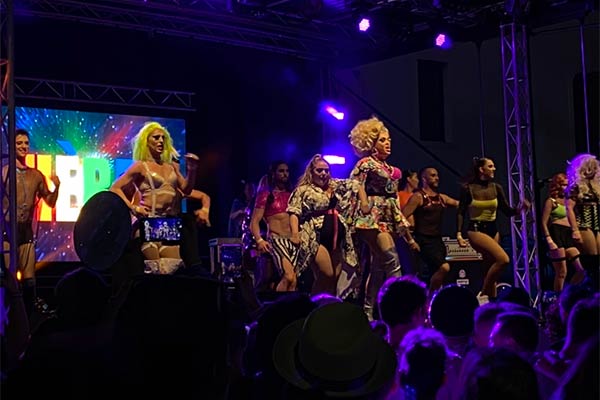 Meanwhile, between the live music, DJs including Beksis, Dolly Llama and James Brown DJ hit the decks to spin the bops, Paul Wheeler doing a fabulous job at hosting the day and showing off countless outfit changes. #Yaaaaaasss!

Fiére, a mega spectacular featuring more than 40 queer and drag performers, quite literally took over the stage for a shimmering, shining display of circus performing, dancing and lip-syncing which was enough to bring things up to an 11 and set the tone for the rest of the day.

Cry Club was next, Heather and Jono pulling out all the stops to maintain the energy and pizzaz and filling Big Gay Day with their indie/pop/punk vibes. Electric Fields spread their ambience through the crowd via their dreamy instrumentation and vocals, a highlight being their beyond catchy Eurovision entry '2000 And Whatever'. 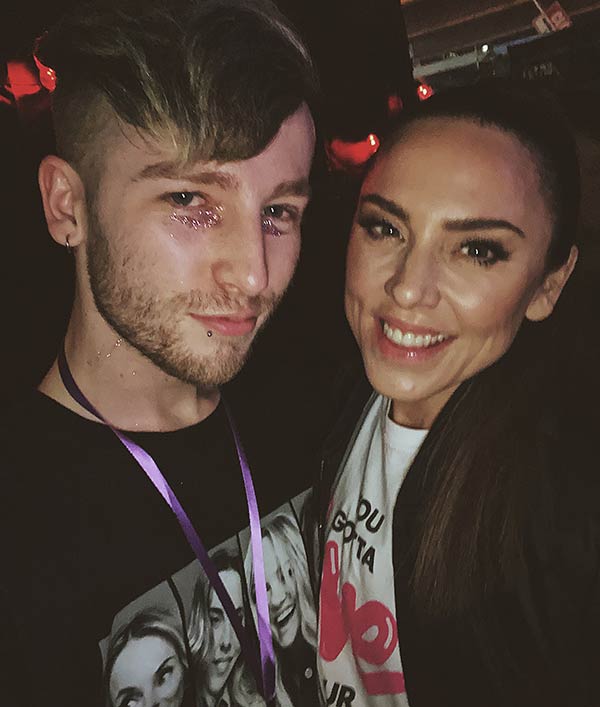 The Spice Girl on everyone's mind all day, Sporty Spice herself – Mel C – emerged as the headline act flanked by queens from the UK LGBTQIA+ collective Sink The Pink. They presented an expectedly camp and catchy set featuring a few Spice Girls favourites and Mel C solo smashes including 'High Heels' and 'I Turn To You'.

The 2020 Big Gay Day was yet another successful iteration of the yearly Brisbane event, not only successful but incredibly important, as it also encouraged spreading awareness of issues faced by our community while still presenting as a day of pure fun.

See you next year!