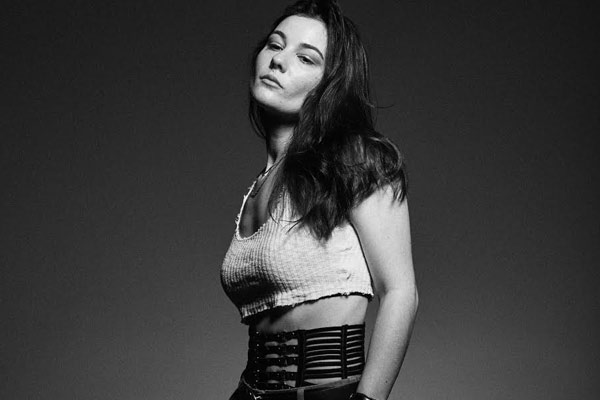 Sydney-born Bella Ferraro first burst on to our screens with her run on 'The X Factor' in 2012, before getting signed and releasing singles which have since garnered millions of streams.

It was Bella's undeniably gorgeous cover of 'Skinny Love' that first grabbed our attention. Now, more inspired and driven than ever, Bella's back to releasing music independently, kicking things off with comeback single 'Her'.

'Her', with its pulsating synths, echoing vocals and trap-inspired beats, signifies something of a rebirth for Bella as she discovers (and celebrates) her queer identity, while lyrically reflecting on the uncertainty of a burgeoning relationship.

We asked Bella a few questions upon her return.

You're back! Hello! This is your first single in seven years. What made you decide to return to music?
Hi! The truth is that I never left music, however the decision to release again came earlier this year, following my last gig in Sydney before leaving for the UK. My set consisted of four original tracks, and I had an absolute blast on stage. I felt so strongly after that performance that I had to release those four tracks, so here we are!

For folks just jumping on the Bella Ferraro train now. . . Give us a rundown of you and your vibe, in one sentence.
Bass-centric alternative pop steeped in dreamy synth licks and harmonic vocal layering.

There was a period after the initial success and follow-on from 'The X Factor' where you felt a little lost. Why is that?
While I consider 'The X Factor' to have been an incredible life experience, I didn't know myself well enough at the time to sustain that same success once filming wrapped. The Bella Ferraro that appeared on 'The X Factor' was in fact a collaborative project with innumerable contributors; everything from set design to song choice was decided by someone else. It was difficult to determine who Bella Ferraro was without the help of those contributors so I chose to leave the industry while I figured it out.

What is the ideal reaction you're hoping to get from people listening to 'Her'?
I hope they enjoy listening to it as much as I enjoyed creating it – and that they find the groove.

This is a very important track for you on a personal level. Tell us what it means for you to be releasing something like 'Her' into the world.
It's the first time I'm releasing something that I wrote myself; that alone I am very proud of. ‘Her’ details a same-sex relationship that I was previously involved in, so the release of this single is also a public expression of my queer sexual identity. I think it’s rad that I'm a part of, and able to represent, the queer community.

Was there any hesitation when it came to deciding to put these messages into the world? What made you want to tell your story and open up like this?
Absolutely no hesitation – artists are storytellers. It wasn't a conscious decision to open up, per se. I don't choose what to write about; it comes organically throughout the creative process.

What is the most important thing you've learned between your last musical venture, and now?
That I have nothing to lose, except time.

Do you have any advice for young, aspiring queer artists wanting to pursue a career in music?
Treat music not as a career but as an outlet for self-expression. The rest will follow. P.S. you're beautiful.

Lastly, just out of sheer curiosity. . . If you weren't going to sing 'Skinny Love' during your 'X Factor' audition, did you have a back-up?
Funnily enough, ‘Skinny Love’ was the back-up. I auditioned first with ‘Cameo Lover’ by Kimbra. My second choice was ‘Hometown Glory’ by Adele. ‘Skinny Love’ was third on my list and it was a producer that asked me to sing it. My final choice was an Italian classical song called ‘Nella Fantasia’.

Bella Ferraro's 'Her' is out now.