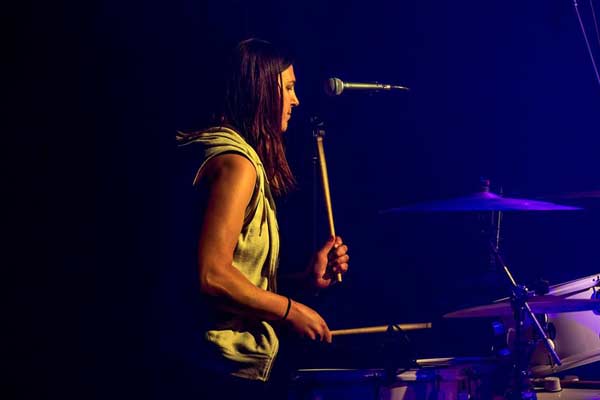 Perth pop punk band Lionizer have been kicking around since 2012 and started with two best friends, vocalist and guitarist Vez Litton and Bailey Lions, skipping out on their not-so-cool school band and forming a duo in order to create the kind of music they really wanted to play.

More recently, enter Cliff Wieczorek on bass, Bailey’s partner and someone who musically has withstood the ‘creative differences' that have seen at least one other third member fall by the wayside over the last five years. The result is riffy and powerful pop punk that is as catchy as it is meaningful which is evident more than ever on their latest release 'New Parts Of Me'.

At the start of my phone chat with drummer Bailey, she is quick to point out that Lionizer is a collaborative effort despite the title and at least one track, 'I Dug a Hole', referring directly to her transition. Although the interview is essentially to profile her and her journey, it is immediately apparent that she has enormous love and respect for her band mates and wants to make sure they are acknowledged. I ask right away, was she aware she was transgender back in the heady days of the not so cool school band? 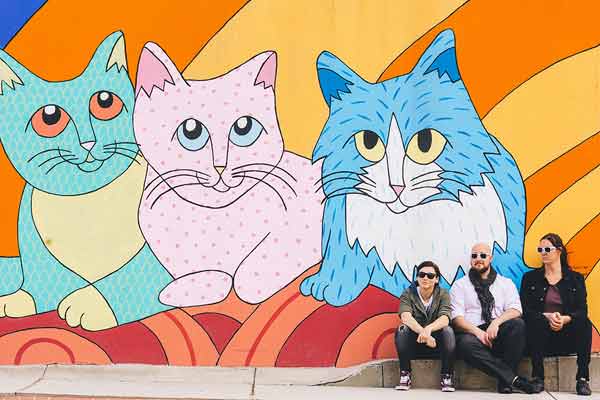 Bailey draws deeply on her cigarette between sentences recounting the rocky journey on route to “having my dick cut off”. Something that she just blurts out nonchalantly and I realise that this is the sort of blunt candour that will continue throughout our chat. She recalls from her early adulthood, the goal seemed to be acting out a state of hyper-masculinity to get by or perhaps to hide. Bailey started “going to the gym and dating all the girls”, showing off girlfriends like they were defiant trinkets against her ongoing feelings of difference. Then Bailey started secretly sleeping with men and it becomes apparent at this point, a whole other level of self-loathing emerged, and Bailey confides that she attempted suicide.

After a second suicide attempt and with the realisation that something needed to change in order for her to feel happy again, Bailey started the process of transitioning. She tells me that when she wants to do something she really puts her mind to it, “like going to the gym and getting buff”. So raising the $25,000 for gender reassignment surgery was done with the same vigour and fierce intent. It was not too long before her and her mother were off to the best clinic in Thailand to, as she again puts it, “have my dick cut off”.

The clinic is surprisingly in an industrial area. Bailey describes the journey there as being slightly nerve-wracking as the vision of a high-end establishment disappears among the deserted back streets. Inside, an array of clients in various states of transition seem to be coming and going or just lounging around. At this point I ask if there will be a film clip for the song on the new album titled 'I Dug a Hole'. The imagery of an almost conveyor belt like surgery is intriguing, macabre and frighteningly real. Bailey is certain that such a clip would receive backlash as each person’s transitional journey is very personal and different. She would not want the songs to translate so trivially to screen that they would offend others who have gone through the transition.

The tracks she has contributed to this latest release, particularly 'I Dug a Hole', were written while trying to get through weeks of recovery in a Thai hotel room. Out comes the blunt candour again as Bailey recalls waking at scheduled hours throughout the next four weeks to “dilate” her vagina before she was healed enough to fly home. The “new part” that would become the subject of at least two of Lionizer’s songs and contribute to the album’s title all written as a way to get through. Written, as Bailey says, “as a narrative to one of the biggest experiences of my life”. 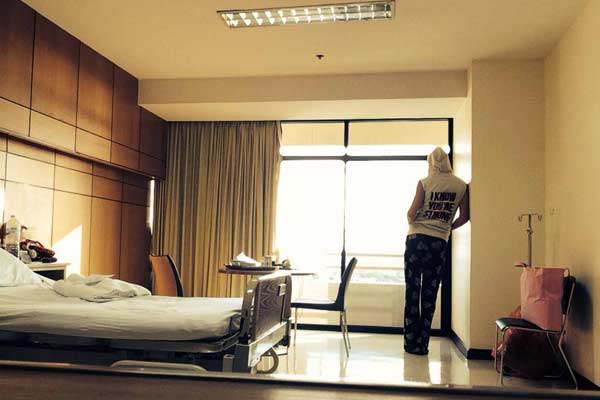 Does she feel like then she has a responsibility to be a hero for other people struggling with their gender identity being so public in a band? She is adamant that she does not see herself as that and it isn’t a role that sits well with her at all.

Bailey says sometimes she is the only trans person that some people know, especially in the workplace, and is cautious of people thinking that her experience is every trans person’s experience. Bailey says “I am in a band with my best friend and partner so I just hope we stay together,” when asked what is the future of Lionizer.

“We just love writing and playing music and if we weren’t here doing this, we’d probably be dead.”

'New Parts Of Me' by Lionizer is out now.