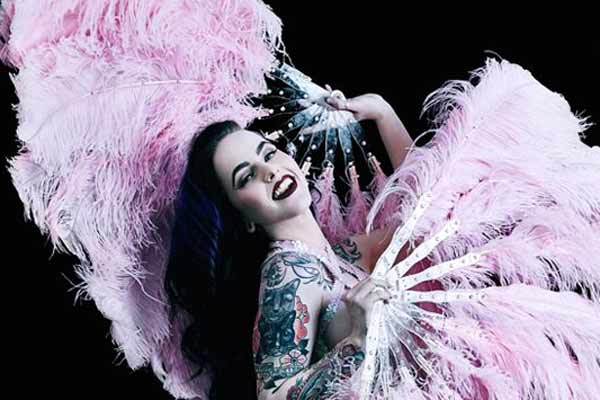 The annual Feast Festival returns with a flurry of pink feathers to descend upon Adelaide for two weeks bursting with queer art and culture.

The majestic and elegant pink flamingo is this year’s theme for a program that supports LGBTIQ+ South Australian artists and event producers across a range of genres.

This year Feast introduces three Ambassadors aka Feast Alumni, music legend and 2012 Feast Ambassador Libby O’Donovan who met her wife Beccy Cole at the 2012 Feast Festival; Daniel Clarke, former 2007 Artistic Director for Feast whose career has gone from strength to strength across the nation including Creative Producer Arts Centre Melbourne; and Will Sergeant whose alter ego Dr. Gertrude Glossip has participated in every Feast since its inception in 1997. This year's Opening Night Party will be headlined by 'Real Housewives Of Melbourne' star Gamble Breaux. After releasing her first single 'This Time', Gamble is ready to perform live to a 2,000+ crowd. She'll also perform a song exclusively written for Feast.

“I am thrilled to be part of Feast’s Opening Night Party, not only because I love the city and people of Adelaide but the LGBT community have been such a huge support to my career so I want to return the favour,” Gamble says.

“I’m laying down a few dance tracks at the moment which I hope the Adelaide crowd will love and I’m also currently writing a song especially for Feast – so it’ll be one night to remember." Feast runs for 16 days and includes a variety of events including cabaret, theatre, comedy, music, literature, conversations and will conclude at Picnic In The Park.