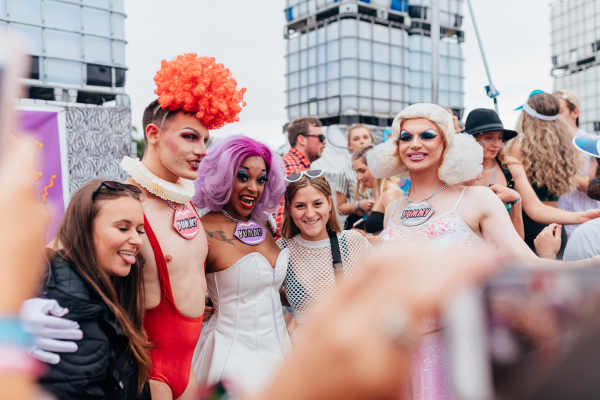 Party With All Sorts On St Kilda Beach

Every colour of the rainbow is invited to Melbourne's newest inclusive party, All Sorts… A sensory overload for anyone who wants to have great time.

All Sorts stays true to its name by throwing gender, sexuality, ethnicity, culture and religion out the window and replacing it with décor, dancers, performers and productions.

Seth Troxler will be joined by Robin S (Live) (best known for her massive 90’s hit Show Me Love), as well as an all star line up of Australia’s leading DJs from POOF DOOF and beyond including Ministry of Sound's John Course, Sydney’s Queen of The Gays Sveta, POOF DOOF residents Argonaut, Casey Leaver and Gay Roberto with Ben Renna bringing it homo. ALL SORTS is set to serve up equal doses of colourful, irreverent and fierce fun, bringing together music & party lovers from all walks of life for a glistening day of wholesome mischief.

Accompanying the hottest line up of summer, All Sorts showcases a curated collection of Australia’s most iconic LGBTQI+ performers including the award winning cabaret crew from the Edinburgh Fringe Festival 'Yummy', drag superstar 'Art Simone', non-binary performance hybrid 'Dandrogyny', together with -  according to Vogue Australia - The 'divinely decorative' Huxleys (Will and Garrett) and POOF DOOF’s very own drag hostesses Doofettes.

“After seven years it's a huge thrill to be bringing for the first time, the very best of what we do into the daylight of Melbourne’s summer” explains POOF DOOF owner Anthony Hocking. “For those who have partied around the planet at the likes of Milkshake Festival, we’re bringing a global all inclusive vibe to the local scene.”