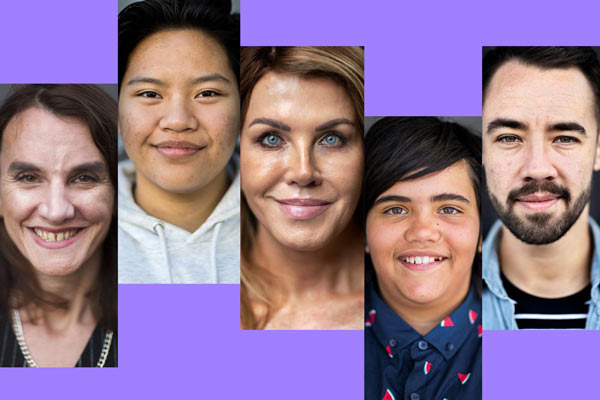 Sydney Opera House will present 'My Trans Story' as part of their digital season, 'From Our House To Yours'.

'My Trans Story' aims to inform its audiences that there's a lot more to the trans narrative than many stereotypes would have you believe – it's unique, full of love and laughter, curiosity and explorations, triumphs and hope.

This special, livestreamed event will feature highlights from 'My Trans Story' over the last three years of Mardi Gras, putting the spotlight on five people and their experiences.

These people have important stories to tell. Their accomplishments collectively include founding Trans Pride Australia, developing a brand-new television series, leading the global campaign for a trans-pride emoji, and transitioning while attending the Australian Defence Force Academy.

Peta Friend is one of the storytellers: "I chose this story because I once worked as a waiter at the Opera House," she says. "It was a time when I was really struggling with my issues around gender identity. To have the opportunity to go back and tell a story of my personal history on the stage is such an honour.”

Here's an excerpt from Peta's story.

"The year is 1978, I’m 17 and I’m walking into my first gay bar on Sydney’s golden mile, Oxford Street. I’m wide eyed and. . . Terrified, but I'm swept up in the excitement and vibe of the bar, the lights, the pulsating music, the sea of shirtless men, but then the music stops and a spotlight hits the stage and the most beautiful, glamorous woman that I had ever seen appears. She's lip syncing to a song by Diana Ross. But she’s not a drag queen. I would learn she was, what we would call back then, a transsexual.

That was it for me, Oxford Street and its amazing bars and discos would draw me back time and time again, not for the men but for those beautiful and glamorous showgirls, and maybe one or two men.

The showgirls represented something to me, while I never thought I could be as gorgeous as them, as I stood there watching them, a truth was revealing itself to me. I sourced as much information as I could find and in those days that was precious little. I read autobiographies by April Ashley and Caroline Cossey that were both life-changing, and I found a doctor on Oxford Street that prescribed hormones.

The initial excitement soon faded, a few months into my transition the hormonal changes turned me into someone I didn’t recognise, and I felt overwhelmed and alone, so I stopped the treatment and went back to living the gay life. Feeling like a failure I said to myself that the women I saw on the stage and read about in the books were a fantasy and transitioning would only make my life more difficult.

I went through the process of going on and off hormones 13 times over 17 years. Every time I went on the treatment, I was hopeful and each time I stopped I was broken. So, she continued to live inside me, waiting for permission to emerge full time."

'My Trans Story' streams live on 13 September at 4pm, available on demand afterwards.