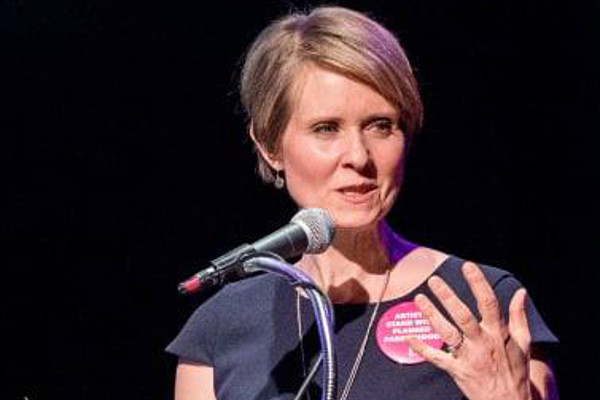 Cynthia Nixon To Run For Governor Of The City

Cynthia Nixon is running for Governor of the state New York.

The actor, gay activist and cancer survivor said, "I love New York, and today I am announcing my candidacy for governor," via Twitter.

Sitting governor, Andrew Cuomo, has previously said of high-profile candidates, "If it was just about name recognition, then I'm hoping that Brad Pitt, Angelina Jolie and Billy Joel don't get into the race."

Nixon was one of a quartet of stars who shot to fame in Sex And The City (1998-2004). In 2003, Nixon was in a relationship with Danny Mozes with whom she'd had two children. The following year she started a relationship with Christine Marinoni marrying in 2012. They have one son together.

I love New York, and today I'm announcing my candidacy for governor. Join us: https://t.co/9DwsxWW8xX pic.twitter.com/kYTvx6GZiD

Regarding her sexual orientation, Nixon said in 2007, "I'd been with men all my life and I'd never fallen in love with a woman. But when I did it didn't feel strange. I'm just a woman in love with another woman."