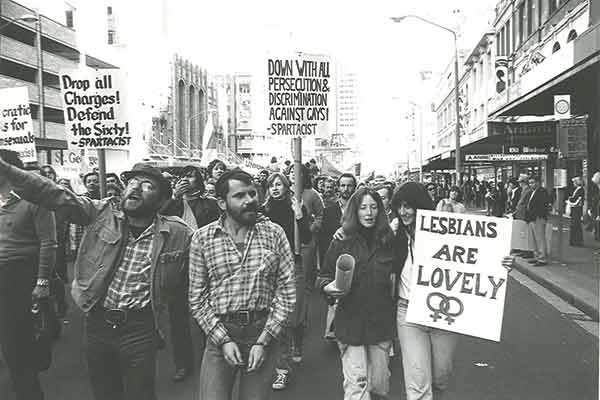 On a cold night in Darlinghurst, Sydney in 1978, a small group of protestors formed to contribute to the international Gay Celebrations, the resulting police violence and arrests created a defining night in not only Sydney’s LGBTQIA+ community but Australia’s cultural heritage.

Over the months that followed, more protests and arrests took place – and the actions of the authorities came to be seen as heavy-handed. By April 1979 the Parliament of New South Wales repealed the NSW Summary Offences Act legislation that had allowed the arrests to be made. As such, that first Mardi Gras march was a major civil rights milestone beyond the gay community. Up to 3,000 people marched in an incident-free parade in 1979.

In 1980 a key new element was introduced – the post-parade party. The face of the modern Mardi Gras we know today was taking shape. 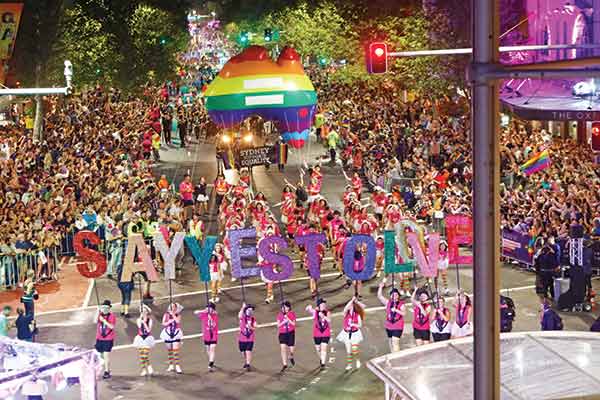 The event began to enjoy extensive media coverage from the mid-80s onwards and the crowds continued to swell, from 200,000 in 1989 to over 500,000 in 1993. Large numbers of interstate and international travellers had started flying in for the event as well, generating an estimated $38 million for the NSW economy.

Throughout the late ‘90s and early part of this century, Mardi Gras continued to grow in tourist and spectator numbers along with an increase in the quality of the events and the scope of the festival. Its themes each year represent the issues of the day and encourage marginalised groups to join a larger family of supporters.

Today, Sydney Gay And Lesbian Mardi Gras is one of Australia’s most famous and well-loved events, bringing thousands of visitors to Sydney to join in the celebrations. 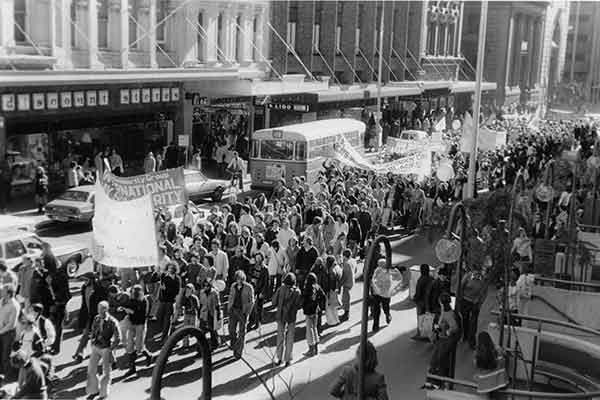 Check out an archive of every Mardi Gras Parade Date ever, and their themes. . .

Saturday 23 February 1985 - Fighting for our Lives