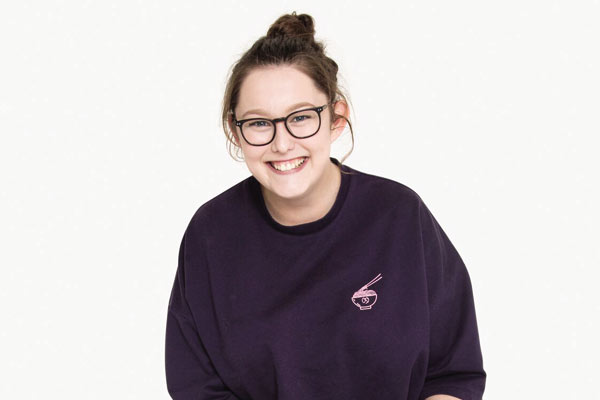 The Laugh Resort's PrideFEST: Intersex Comedian Alissia Marsh On The Importance Of Advocacy In Comedy

Queer comedians (and “some funny as f… allies”) from all over Western Australia will be taking to the stage as part of The Laugh Resort’s PrideFEST to showcase their talent for gender diverse humour, which is certain to have audiences rolling with laughter.

Alissia Marsh could not be more excited to be a part of the event.

“It means so much. When I started, I didn’t even know one comedian doing jokes about LGBTQIA+ anything, and now a couple of years later, we’ve got our own show. It’s amazing and I’m so excited.”

“We definitely haven’t had that in a comedian scenario, in Perth, or at least Perth locally, in a long time. So having this local talent doing this; I mean, there’s definitely been representation in music and things like that but not with comedy, so it’s just really exciting, especially to be a part of it as well.”

As an active member of the LGBTQIA+ community, and known as ‘King Of The Lesbians’, Alissia is looking forward to performing directly to people within that community.

“Because I’m an intersex advocate and a queer comedian, at most of the gigs, you know, the corporate gigs and things like that, you’re not gonna have a lot of queer community in there but during my sets, I love to do a thing like 'is anyone else a bit gay?' and I never get a response and every single time I’m like 'you guys are cowards'. But I feel like with this show. . . I can make a few more jokes that I maybe wouldn’t make somewhere else as well. I think that having this community here, and going to a specific queer comedy event, I definitely think more jokes are going to be accessible.”

She also says that these days, some of her biggest inspirations come directly from the comedy scene in Perth.

“Watching these people bust their ass day in, day out is really, really beautiful. . . Those people in particular, here in Perth, have really inspired me to not only do really good things in the community but also work a lot more. When I was younger it was definitely these queer comics but now it’s these comics that I work with that are just doing really great things and inspiring me to do more.”

Alissia says that while every comedian has a dream of making comedy their full-time job, what she really wants to do is make a difference.

“I think being an intersex advocate and being in the LGBTQIA+ community, I really want to make that difference, especially in the intersex community. I love comedy so much but I think that’s where my passion really lies.

“I want our communities to just be treated fairly. . . I think if I can just help one or two people, I think that’s what’s going to make me really happy. Just thinking how much Hannah Gadsby did for me, when I only watched a few specials of hers, and I don’t even think at that point I knew what intersex was, I didn’t know I was intersex. I think I just wanna be an advocate for these kids that don’t know.”