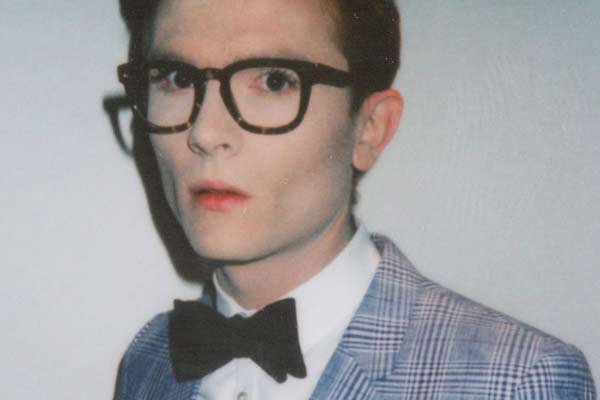 He has created a very recognisable character – with the snappy old-time suit, glasses and bright red hair – that at the same time seems utterly genuine. You know that this is him. What could be pretence with another performer is actually an open expression of who he really is. And who he really is is cutting, en pointe, and dead funny.

Rhys is engaged. To a man, in case the audience wasn’t 100% aware of his sexual orientation. In this brand new Australian era of legal same sex marriage, Rhys takes us into his bedroom, the proposal, and his worries that maybe he didn’t do his partner’s romantic streak justice when he popped the question. The show then veers into horror proposals (and how amazing they are to watch), cruise ships, talent shows and what it takes to make a relationship work (hint: restaurant behaviour is key).

This is a hilarious, laugh-a-minute show, and the occasional darker theme just makes the highs even brighter. Rhys is incredibly watchable, with a wisdom that surpasses his twenty-something years. That wisdom is hidden deep in snarky humour, of course, but he picks up on what makes people tick.

Sometimes more outrageous ‘character’ comedy performances can feel a little tired, strained, or one-note. This isn’t that. Yes, Rhys is gay. He has snazzy, unique style. But at no point does it feel like an act, or overwhelm the really fantastic comedy. It’s this authenticity behind the glamour, behind the wit that makes this show so great.

This review originally appeared on our sister site, scenestr.