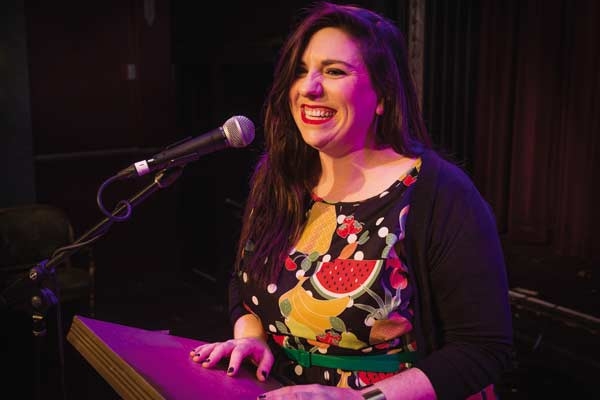 Queer stories, unexpected tales, fighting battles and – of course – a bit of fun.

You can expect all of the above at 'Queerstories', which is presented in various locations including Sydney (for Mardi Gras) and Brisbane (for its Comedy Festival).

Host Maeve Marsden breaks it down for us and gives us more insight about the Sydney and Brisbane events specifically.

You're bringing this to Sydney as part of Mardi Gras. It's one of the biggest celebrations of the community in the world… What does it mean to you to be presenting it in Sydney at this time?
I run 'Queerstories' throughout the year in Sydney, but for Mardi Gras I am running the event in Western Sydney at Riverside Theatres. Often Mardi Gras events can be centred around the CBD so, for me, it's great to reach into new parts of Sydney with my event, reach new audiences and be able to program storytellers who represent the diversity of our community.

For those who aren't super familiar with 'Queerstories'… Tell us what it's all about.
'Queerstories' is an LGBTQI+ storytelling night so, quite simply, I programme five or six storytellers each month to tell a ten-minute tale from their lives. I've now hosted more than 100 storytellers, here in Sydney but also around the country at events in Brisbane, Melbourne, Canberra, and regional towns. I'm also going to Hobart and Adelaide this year. There's a podcast of the stories, and last year I published a collection with Hachette. 'Queerstories' is a platform for the diversity and creativity of the LGBTQI+ community.

What drove you to creating this event?
I love my community, I love the talent within it, and I wanted to provide a platform to share our stories. 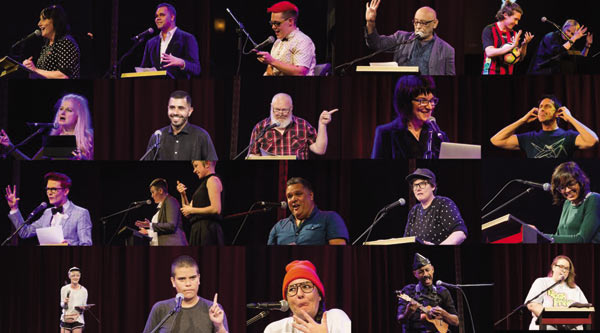 What are your thoughts on the current treatment, representation and recognition of queer people in contemporary Australia?
I think things have changed a great deal in recent years, but we still have a long way to go in ensuring equality and in ensuring our community remains actively engaged in protesting all forms of discrimination. While some of us are enjoying quite privileged lives now, cisgender white middle class people like myself, there are still huge numbers of our community suffering extremely at the hands of the government, religious institutions etc. We need to always support the most marginalised within our community.

Tell us a little bit about the line-up of speakers for the Brisbane event.
The line-up is a wonderful mix of comedians, cabaret performers and creatives, so we have comedian Geraldine Hickey, TV presenter, DJ and actor Faustina Agolley, comedian Sam Bowden, feminist cabaret troupe Lady Sings it Better and the very fabulous drag comedian Charity Werk.

And in Sydney?
Many of the storytellers grew up in the area (Western Sydney), but some have more contemporary connections, like writer Steven Lindsay Ross who works for Parramatta City Council, or Charles O'Grady who is debuting a new work at The Joan Sutherland Theatre next month.

Why do you think it's so important for the stories of queer people to be told to audiences that aren't explicitly queer?
Because storytelling creates empathy and allows us to better understand each other.

Do you have any plans in regards to developing or changing the layout of the show in the future?
I think the shows themselves will remain as they are, in structure and style - if it ain't broke, don't fix it! But I'd love to see 'Queerstories' as a project continue to expand into other forms to provide a platform for LGBTQI+ creativity. There's the podcast and the book, of course, but I would love to run my live music 'spin off' event, 'Homage', again, and I'd love to see some of these stories adapted into theatre or film.

What is your message to queer people who are just coming out/discovering themselves in the landscape of 2019?
Congratulations! Being part of the queer community is the best and you are lucky to have landed among us.