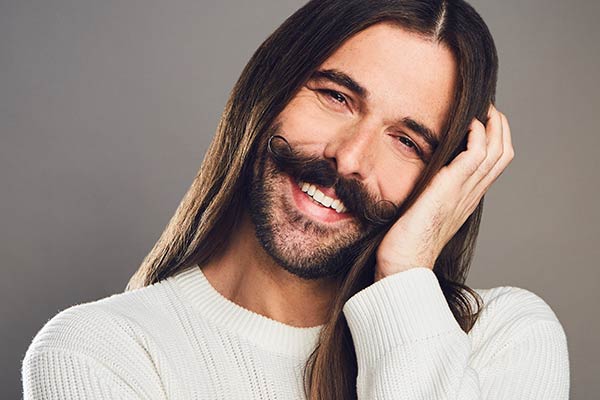 Jonathan has become known in the entertainment industry for his fabulous, unstoppable energy. He'll bring that energy to stand-up stages across Australia, serving cirque-du-so-gay-realness... Your face will be in need of a massage from all the smiling.

'Road To Beijing' is inspired by his ongoing attempt – and lifelong obsession – to become a figure-skating prodigy in time for the next Olympic cycle: 2022, in Beijing.

JVN can be seen on Netflix's reboot of 'Queer Eye', shining as the show's groomer, hair guru, and self-care advocate. He has also starred on the Emmy-nominated series 'Gay Of Thrones', a social commentary series recapping 'Game Of Thrones'. 'Gay Of Thrones' just wrapped its seventh and final season.

Jonathan's passion project 'Getting Curious' – a weekly podcast exploring all things he's curious about, was listed as one of the top podcasts by Time Magazine, and recently won an iHeart Radio Award for Best LGBTQ podcast.

Last year was a big one for Jonathan, as he realised two new passions, for stand-up and figure-skating. This is his first worldwide comedy tour!

Tickets go on sale to the general public on 2 August at 2pm local time.