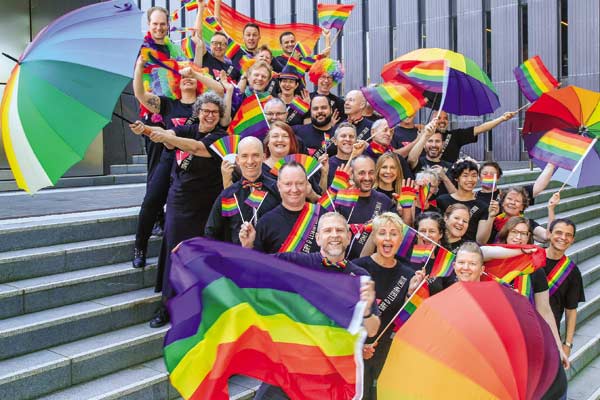 Sydney Gay & Lesbian Choir (SGLC) are finishing 2019 on a high note with the ‘Wish You Were Here – Songs Of Celebration And Reflection’ concert: A musical reflection on the layered emotions tied to the holiday season, and remembering those important people who cannot be here with us.

But despite the sombre focus, SGLC’s Music Director, Adam Majsay, wants to be clear that this performance will hardly be a “downer”.

“The memory of someone can be tinged with sadness but also with happiness,” he says on the concert's unique mixture of heartfelt moments, Christmas classics, and tongue-in-cheek comedic takes on the silly season.

“We want to see the audience go on a journey of having a laugh but also reach the end feeling touched by the experience, and perhaps thinking, ‘it’s drawn me to remember those who are important to me'.”

Performing in Sydney CBD and Parramatta, this distinct contemplative approach has been inspired by the Christmas song, ‘Wish You Were Here’ – a piece, he says “which is very special to the choir and has helped us build the concert’s narrative.”

Between the classic festive choral pieces, and a second act which promises to “take the piss out of organised religion”, are a scattered array of stories all linking back to the phrase ‘wish you were here’.

“The concert is tied together with these moments where letters are read by members of the choir, delivered as though they are by a person who, for whatever reason, is not with them – with the line ‘wish you were here’ being the thread that connects all of these stories together.”

“Audiences are going to be exposed to some heartfelt storytelling as well as having a laugh,” Adam says. He credits SGLC’s inclusive culture as a strong factor which allows for this uniquely thoughtful and celebratory tone.

As an un-auditioned choir, welcoming all members of the LGBTQIA+ community including straight allies, regardless of musical ability, SGLC “has a range of people coming with a range of different skill-sets, but also bringing with them a range of experiences.” 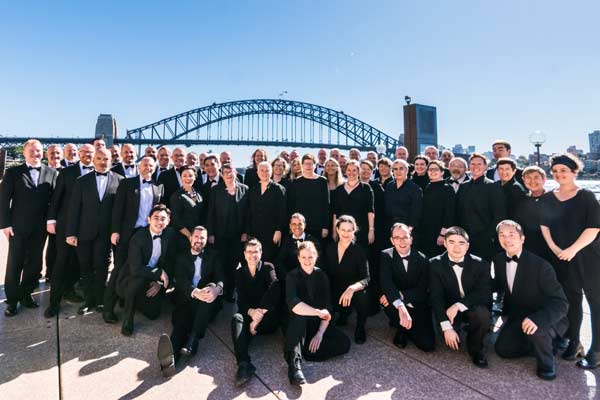 “This makes them a pretty special group to conduct. And while sometimes there’s a perception that non-auditioned community ensembles are mediocre, SGLC is far from it.”

Adam praises the group – presently consisting of over 100 members, saying, “they are professionally-minded amateur musicians who work their butts off, and audiences should expect to be blown away by the quality of music-making.”

The opportunity to perform in Parramatta is also exciting.

“The very first performance SGLC did 28 years ago was at Mars Bar in Parramatta – which used to be a gay venue back in the day.”

“To be back in Parramatta almost 30 years later is pretty awesome.”

But it is also an opportunity to connect with a new audience.

“The choir has its roots around the CBD and Darlinghurst, so to be able to perform in a different part of Sydney, and increase the visibility of the LGBTQIA+ community outside of the city fringe, is particularly important to us.”

“I’m hoping there are audience members who are not necessarily connected to the queer community who walk away from it thinking ‘I wasn’t sure about this, I don’t know much about this group, I don’t know what it’s like to be gay or lesbian in Sydney, but now I understand a little bit more'.”

“If we could build those bridges that would be special for us.”