Queens Of The Pub – An Exhibition Celebrating Powerful Women, Identity And Recycling

Queens Of The Pub is a new exhibition filled with images, films and costumes by Gerard O'Connor and Marc Wasiak.

The exhibition features imagery that uses recycled social disposables, surviving buildings and queens from the sidewalk, highlighting the importance of social places, diversity and powerful women, in St Kilda.

So who are the Queens Of The Pub? Well, they're the survivors – the ones who have created the places we love today. Once upon a time, St Kilda was a playground for the rich. Then, it became an unfashionable place in the late 1950s. Migrants, the LGBTQIA+ community, musicians and artists have revived St Kilda, turning into a playground, a living space and a working space. 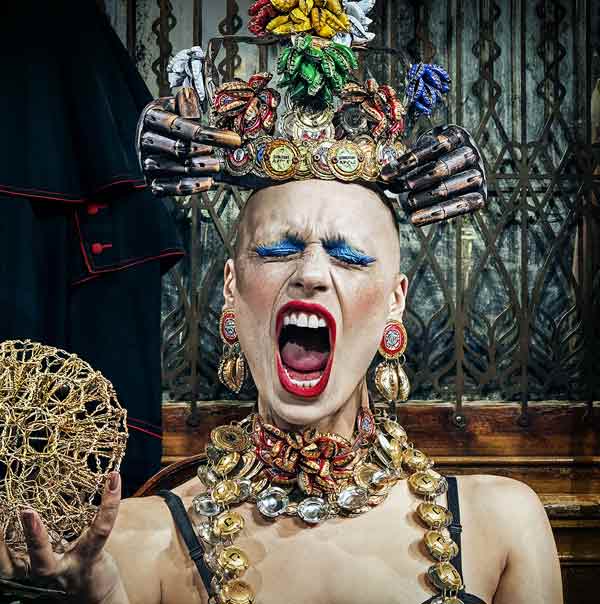 "We used recycled materials collected from local drinking holes to turn seaside trash into spectacular costumes and treasure," Gerard O'Connor says. "The waste and leftovers of beer cans and gold and royal red bottle tops, things that would normally be placed in the bin were crafted into precious objects and glittering, beautiful recycled royal props for our Queens." 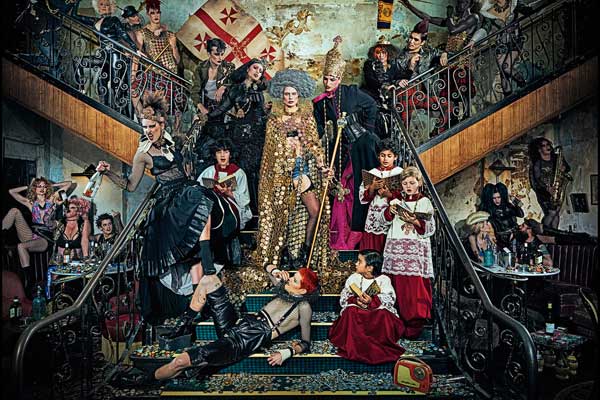 The royal coronation scenes are based on true stories of running a modern-day business, where women held the licenses as men were seen to be 'unreliable drunks'. In order to survive in the 1970s beyond being a bar, they opened their doors to young musicians, holding gay nights, and the rest is history.

Queens Of The Pub is currently on display at Galerie pompom in Sydney, until 16 August.