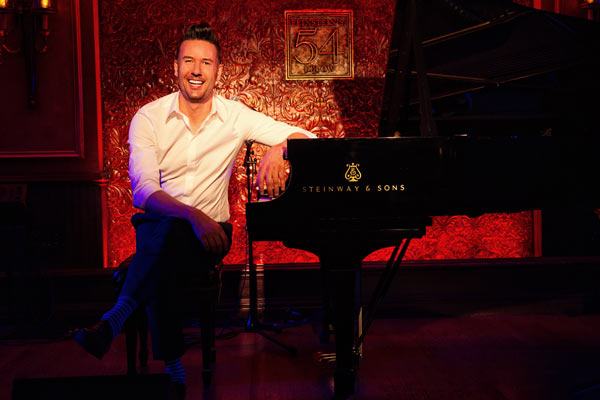 Michael Griffiths left the world of stage musicals and dived into cabaret.

Griffiths' approach of stripping back the songs to just a piano and voice, and accompanying them with stories about the artist and his own love of their work creates a magical theatre experience.

For his new show he's taking audience involvement to a new level, and inviting people to get in touch with him via social media ahead of the performances. Tell him your request and he'll do his best to include it on the night you've got tickets.

Your new show is all about taking on audience requests, so let's just get it out there – what is your all-time least favourite tune?
I’ll pretty much sing anything for a laugh but I draw the line at ‘Piano Man’ by Billy Joel and anything from 'Les Miserables'. Mainly because they’re all out of my range.

I can already see people on your social media page people suggesting some Jason Donovan, is he one of the '80s most forgotten pop stars?
He has absolutely no idea what I do for a living but I did meet Jason briefly last year at Edinburgh Fringe (whoops, did I just drop something?) and he was completely lovely and happy to pose for a picture or two. I didn’t have the heart to tell him I was performing a Kylie Minogue tribute in a tent down the road from his with a couple of laughs at his expense. I don’t think anyone has forgotten him but besides the duet with Kylie, do you remember any of the songs?

Over the years you've created shows paying homage to Kylie, Madonna, and Annie Lennox. As you tour the globe do you have to keep adding to these shows as Kylie adds a country chapter and Madonna delves into Portuguese folk music?
I’m a big fan of both Madonna and Kylie’s latest albums but don’t feel the need to keep updating the shows, pop music never quite has the same impact on you as when you were an adolescent and happily my audience tends to be of a similar age to me. So late 20s obviously. . . Actually I'm 45 this year. Second time I’ve been an RPM since 33 and a third!

Before you became an internationally famous cabaret performer you performed in some big budget musicals such as 'Jersey Boys', will we ever see you head back into that world?
I do miss the camaraderie of being in a large touring cast but I don’t miss the confinement of doing the same show eight times a week. Musical theatre feels a bit too safe at the moment – adapting hit movies and bringing back old favourites. I don’t feel much pull to return but never say never. My ideal music theatre gig would be a short run of a new project. 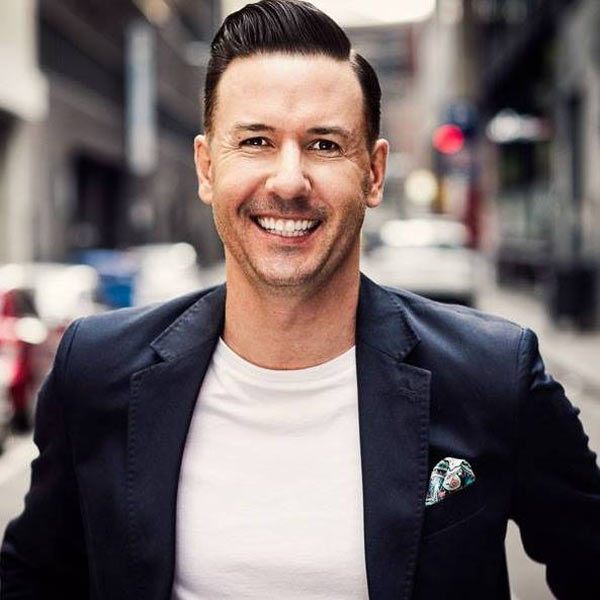 You have a great love of the '80s – what made this decade stand out as a time of great music and dubious fashion?
I don’t think you ever escape your youth and I turned 10 in 1984 and pop music was everything. I’d save up pocket money to buy Smash Hits magazine, wake up early on Saturday morning to record Top 40 video on the VHS player and grew my hair long to look like Morten Harket from a-ha.

What song are you secretly hoping gets requested a lot?
I’m feeling very '80s tragic now so let’s say ‘Take My Breath Away’ by Berlin. Actually, it’s easier if I already know the song so ‘Take On Me’ is a winner.

One of the contestants on the recent series of UK 'Love Island' is Michael Griffiths, but it's not you – but if you were trapped in a reality TV dating show, what would be the perfect tune to win over a tropical island love interest?
That’s funny because I noticed him on Facebook already – he’s younger than me, better looking and has five times more followers so totally not depressing at all. I reckon those reality shows are a slippery slope though, so best I stay well away.

You've worked with Carlotta on her show 'Queen Of The Cross', what was it like teaming up with the Australian LGBTIQ+ icon?
She’s a master at her craft and it's an absolute honour to share the stage with her. And she gets away with MURDER.

Having delivered show's focusing on Madonna, Kylie, Annie Lennox, Cole Porter and Olivia Newton-John and Peter Allen – who might be next on your radar?
‘By Request’ is such a welcome change, I feel like I’ve 'done my dash’ with tribute shows and it's a novelty being me for now so the radar is off for a bit. . .

If you were hanging out in a karaoke bar – what would be your go-to number?
‘Don’t You Forget About Me’ by Simple Minds never fails.

'Michael Griffiths By Request' plays Downstairs At The Maj from 17-19 October.