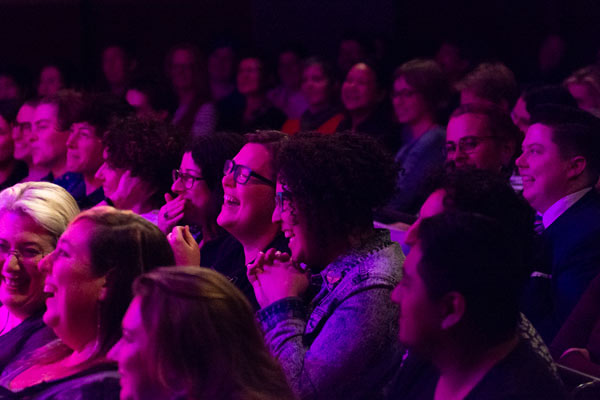 Maeve Marsden's Queerstories Comes Back Out For ANTIDOTE In Sydney

Sydney Opera House's ANTIDOTE festival of ideas, action and change will return to the venue for its fourth year in 2020, bringing talks, workshops, visual arts and installations to audiences, all in one jam-packed day.

Writer and theatremaker Maeve Marsden is presenting 'Queerstories' as part of ANTIDOTE. It's an opportunity for people in the LGBTQIA+ community to share their experiences of love, loss, resistance, and life in a live setting.

Maeve launched 'Queerstories' back in 2016, debuting it in Sydney before touring it across regional New South Wales. It’s seen every capital city bar Perth and Darwin since — establishing monthly shows in Melbourne and Sydney, and larger shows at Brisbane’s Powerhouse twice a year.

“'Queerstories' has been a great way to build partnerships with venues, develop audiences in different places, and deliver different types of stories,” Maeve says. “It’s important to me that, if I’m going to call it a national storytelling project, it needs to have stories that reflect different queer communities around Australia.

“People have asked if I want to take 'Queerstories' internationally, and it’s something I haven’t pursued because it’s something I feel queer communities should do for themselves. Even travelling town to town, I take time to get to know a place, and always programme local storytellers instead of shipping up a bunch of Sydney comedians.”

Maeve soon adapted 'Queerstories' for other platforms, with 'Queerstories Podcast' hitting near half a million subscribers, and the 'Queerstories Anthology' launching at ANTIDOTE back in 2018.

“There’s about 240 stories on there now, and I’m about to release a new miniseries called 'Queerstories 2020'. It’ll be intimate in a different way: instead of hearing a community behind a storyteller, you’re getting stories recorded from quarantine. 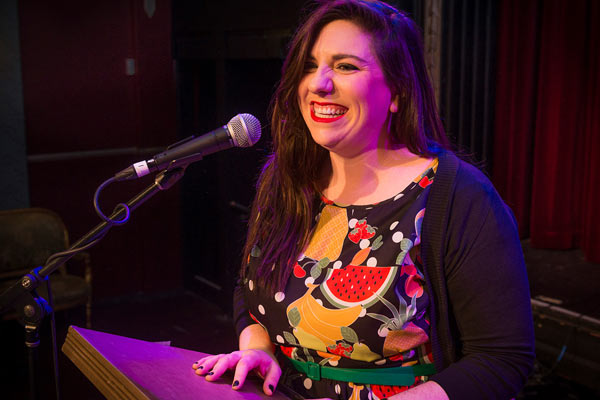 “Thousands of subscribers live overseas or interstate, so there’ll be more focus on making sure the podcast has as much energy as the show. 2020 has shown me you can’t always travel around to communities, but can make that connection and share stories in other ways. So even though I do plan to get back to events, I’m giving the podcast a little more of my creative energy.”

'Queerstories' will return to Sydney Opera House during this year’s ANTIDOTE Festival ('Queerstories Comes Back Out'), and Maeve says she’s delighted to be delivering her largest show yet after such a rough year.

“As a creative, I think my job is to observe what’s happening and be as ready as possible to respond and engage with the world,” Maeve explains. “It’s why I didn’t do live streaming during quarantine: because I was trying to be observant and learn from this globally destabilising moment. People suggested socially-distanced events of 30 people — which I tried, and found it wasn’t the same. So I ended up waiting until I could do the show again.

“The Opera House has consistently tried to make its Talks & Ideas programme both challenging intellectually, and inherently about community. It’s not just talking heads talking about ideas. They run workshops and think about the practical application of ideas. Even programming 'Queerstories' is about celebrating Sydney’s wider community and the power of storytelling. It’s about the different ways we can learn about new ideas.

“Because of international border closures, we’re having to book local artists and creatives to fill our programmes, which I find exciting from an arts perspective. That return to local stories, which is what I’ve always been about.

“In terms of what we might learn about 2020, I don’t know. I hope my podcast allows queers to reflect on the year in a particular way, because that was my brief to writers. And I hope ANTIDOTE reminds people to think critically about what 2020 meant and what we can do differently instead of 'aw, that year was hard'.”

ANTIDOTE is on at Sydney Opera House on 29 November.