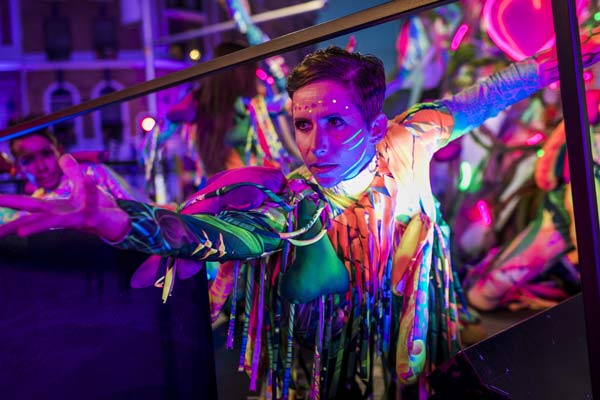 Passion and pride will take over Sydney Cricket Ground when 5,000 marchers across 120 parade entries make their way around the field for the 2021 Mardi Gras Parade.

It'll be a bright celebration of self-expression. This year's Mardi Gras theme, 'RISE', is a call to action to rise through love, compassion, respect and understanding – a poignant message following the challenges and hardships of 2020.

Some of the highlights of this year's Parade are. . .

First Nations
ACON's Aboriginal Project and BlaQ Aboriginal Corporation present the community-led First Nations entry, which will once again lead the opening of the Parade.

Haka For Life
Haka for Life is a Perth-based suicide prevention organisation, in collaboration with Corroboree for Life, that empowers Maori and Aboriginal people through dance, including those that identify as LGBTQI+, to connect with culture through dance. 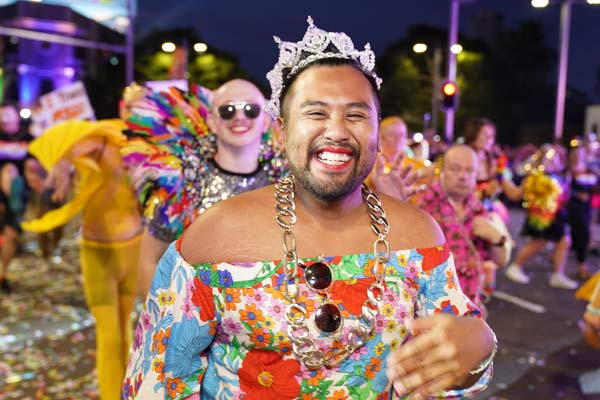 The Fabulous Wonder Mama
Wonder Mama is a community drag character who’s been in the Parade for many years, appeared at countless events and even joined Mardi Gras at World Pride in NYC.

P.I.N.K. F.L.A.M.I.N.G.O.S.
With an exhaustively long name, The Politically Inspired, Non-violent, Kind & Fabulous LGBTQ+ & Allies Marching In Notorious Group of Satirists (aka Pink Flamingos), are bringing back their rainbow army to celebrate the removal of one-term President Trump, marching him out of the oval office on Parade night.

If you can't make it to the Parade at Sydney Cricket Ground, it will be shown live on SBS from 6pm.

The Sydney Gay And Lesbian Mardi Gras Parade is on at Sydney Cricket Ground 6 March.