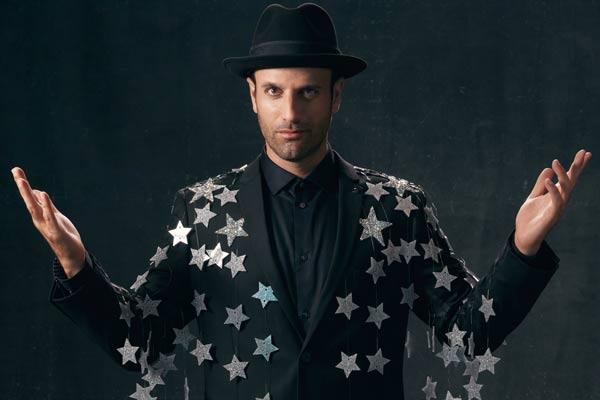 James Galea's Search For The Best Trick Ever Hits Sydney

Award-winning magician and creator James Galea has previously been seen on our screens in ABC's 'Best Trick Ever' (not to mention appearances on the likes of 'Ellen', 'USA Today' and more), and now he'll take to the stage in Sydney joined by a line-up of great Australian magic experts.

Prepare to have your mind blown. . . But before it is, we stopped James mid-trick to get some more insight into the show and its magical line-up. Check it out below.

Tell us a bit about 'James Galea's Best Trick Ever'.
This show is based on the ABC TV show where I searched the globe for the best magicians in the world. The Opera House production showcases the best tricks from a stellar line-up of Australia’s greatest magic exports who’ve never been seen before on the same stage.

Who will be joining you for this show?
Raymond Crowe
A global magic sensation seen by over 200,000,000 people and appeared on 'The World’s Greatest Magic', 'The Late Show' and the Royal Variety Performance, famous for his intricate shadow puppetry.

Dom Chambers
The only Australian finalist on 'America’s Got Talent', as seen on 'Fool Us', and famous for his hilarious and incredible signature beer act.

Vincent Kuo
Up-and-coming star of magic who recently returned from Fédération Internationale des Sociétés Magiques, commonly known as the Magic Olympics, famous for his mastery of the Rubik’s Cube.

Why did you decide to include them in it?
Australia’s greatest magicians are always so busy working everywhere around the world (NY, LA, London, Las Vegas). Never before have these magicians been in the country at the same time. When the world closed, we were all back in Australia and I thought, let’s put on a show! This very odd time for all means that the audiences at the Opera House will benefit from the magic coming to life, in real life!

What sets your show apart from other magic shows?
You’ll have to come and see! It’s not a huge auditorium – so the chance to see everyone’s best tricks ever in this intimate environment makes it pretty special. 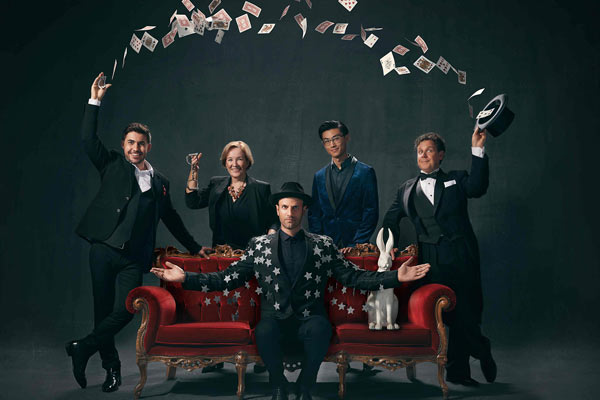 There are many different facets of magic/illusion. What's your favourite kind to perform?
Hmmm, I love close-up magic. The intimacy of it is so personal and connected. There’s something so special about it that you can’t get from other art forms. Our world we have created for 'Best Trick Ever' makes it feel like every audience member is over at my apartment watching a magic jam.

Why do you think people are so fascinated by the concept of magic?
We all need a little wonder in our lives – especially currently. It’s so easy to be jaded and skeptical, and I think magic (when done well) can really bring that sense of wonder to people who thought they wouldn’t feel those good feels again. We’re here for you and have you covered!

What drew you to it to begin with?
When I was 14 I met a veteran magician in Sydney. He was the living-breathing movie cliché of a magician should be – top hat, dusty old suit, a worn vest that reeked of thousands of performances, and a live dove he traveled with. He took me under his wing and taught me the tricks of the trade. Everything was new and exciting, and I had an inside look at magic tricks and illusions I had always dreamed about. Before meeting him, I’d only seen magic on American TV shows (in Australia during the '90s, you could count the professional magicians in the country on one hand) so it was basically a dream come true to meet a magician in real life.

What is the secret to a good magic trick?
Nice try! The secret is not the trick itself, but the relationship with the audience. It doesn’t matter how good a trick is if you can’t entertain and create anticipation and intrigue. Raymond, Helen, Dom and Vincent are all masters of their craft and I’m sure everyone will be trying to work out their secrets, anyway. Good luck.

As the host for this experience, what would you say is the ideal audience response to 'James Galea's Best Trick Ever'?
“Oh. My. God. Best. Trick. Ever! We’re coming back next week and booking tix for all our mates. They can’t miss this!”. . . Too much?

'James Galea’s Best Trick Ever' is on at the Sydney Opera House Studio from 2 January-14 February.