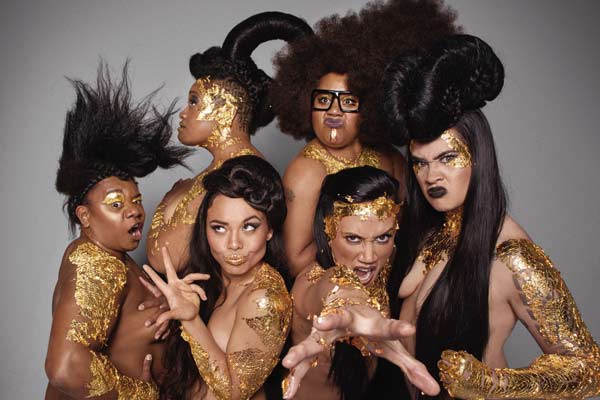 Hot Brown Honey Love Being Part Of A Global Conversation

Taking spiegeltents and stages by storm around the world, the ladies of 'Hot Brown Honey' have one hell of a party to throw, and one hell of a story to tell.

The multi-talented crew of women from diverse cultural backgrounds and sexualities have toured the festivals of the world for the past few years with their celebration of resilience, and now they’ll be fighting the power during Sydney Gay And Lesbian Mardi Gras.

As directors Lisa Fa’alafi and Busty Beats prepare to take to the stage, they reflect upon where it all began.

“Lisa and I had been working together for a long time, maybe about 15 years, and we always said we need to make something,” Busty explains. “It really started as a side project, and bringing together some of our other sisters on the fringes and just being kooky.”

“A few years ago Lisa and I said, wait a minute, we need to write this show and put it centre stage.”

Lisa and Busty have brought together dozens of female artists over the years, to celebrate their talents on the world’s stages. Lisa laughs, admitting that if they let all of their talented sisters in the show, the cast would be over 200.

“We wanted to showcase the many different talents from around our country and we do all different things.

“For us it was really important to put together a show that was as diverse culturally as it was in form, and for us to really play with that idea of what form could be and how we could break into these big institutions like the Sydney Opera House and to the main stages.”

'Hot Brown Honey' has drizzled its sticky-sweet message across stages in Edinburgh, Manchester, Vancouver and New York – and has drawn a mass of superfans to their hive after every performance. 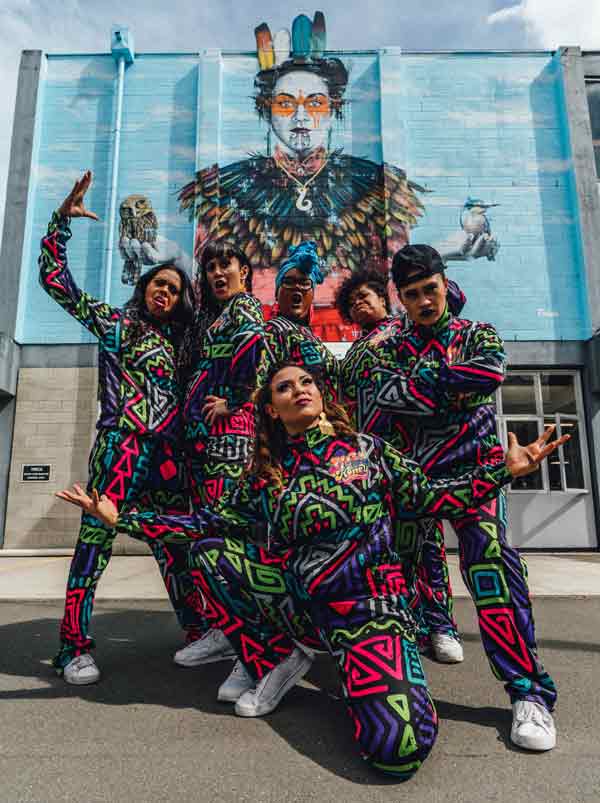 “It’s really humbling. In the beginning we thought, who knows? Maybe people won’t really get it, but people have really gotten it in all different places in the world and been very supportive,” Busty says. “We have a lot of great people who love the show and come back to the show.”

The show touches on issues that resonate with many women and queer folks no matter where they are, exploring issues of race, appropriation, sexuality and oppression – conversations that continue to develop momentum around the world.

“We’ve been touring the show around the world for five years now, it’s been interesting to watch the conversation become so much louder,” Lisa says.

“We’re just happy to be a part of this global conversation and use our form to do that.”

“What is good about this current climate right now is that we feel like we’re supported by multiple voices around the globe, and we’re just getting louder and louder.”

“The show changes every season, we’ll get a new artist in or we’ll deal with something that’s gone on in the news. But we always laugh, because really we can’t wait until this show is redundant. That would be a good world to live in,” Busty adds.

Though the show carries a serious and deep-striking message, 'Hot Brown Honey' is first and foremost a party; a celebration of women – and Busty Beats spins the perfect soundtrack on stage.

“It really happened organically, but really it’s just all of our favourite music,” Busty laughs.

“We want this to feel like a club, and bring in all styles as long as it works for what we’re putting out there in the show.”