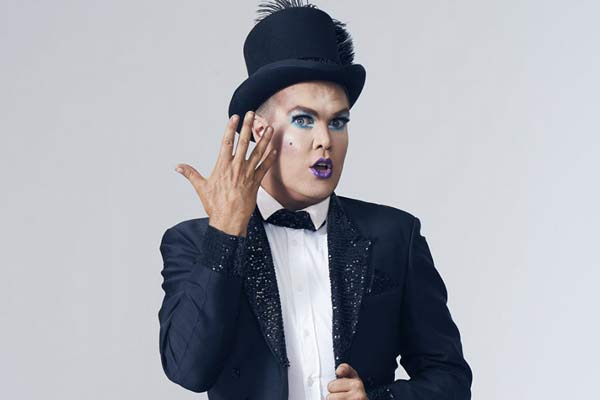 Hans: From Backyard Madonna Concerts To An Australian Tour

Following incredible success at festivals around the world, cabaret star Hans is finally bringing his award-winning show, ‘Hans: Like A German’ down under for a tour.

Describing the show as “the best hour of your life”, Hans says it's “a lot of glitter and a lot of feathers”.

“It’s a lot of pressure on me because at the end of the show, you know, the audience is sad that the show is over but I’m also sad because I look at that audience and I think, ‘from now on, your life is downhill’ and that’s a lot of pressure. The show has been their peak. It’s like Kilimanjaro, you know?”

It’s not just audiences that have been loving Hans, critics have also been huge fans of his work, with Hans being awarded the Best Cabaret Award at the 2019 Adelaide Fringe Festival. But Hans says reviews aren’t everything.

“You have to take the good and the bad and kind of treat them the same. I think, if you focus too much on a good review that says you’re fantastic, then you have to believe a bad review when you get one, which doesn’t happen very often. I think it’s lovely but also it’s not everything and at the end of the day, reviewers haven’t paid for a ticket.”

From a very young age, performing has always been a part of Hans’s life, with “many a Madonna concert” being performed in the backyard for his parents.

“One of my earliest memories is watching 'The Sound Of Music' on the VHS. Now, the VHS was a video recording device. It was an ancient device,” he reminds. “I watched that film so many times, I think the video tape wore out.

“But you know what, a lot of my show is pretty much everything I grew up with, in a cabaret show. Really, my act hasn’t changed a lot since the ones that I used to put on for my parents' friends in the backyard. There’s just a better budget now.”

Beyond his childhood, Hans and his glitter-filled, accordion-playing, tap-dancing antics have led him to some incredible, once-in-a-lifetime experiences including fulfilling a life-long dream of becoming a Spice Girl. . . Well, sort of.

“I got to perform a Spice Girls song in front of a real life Spice Girl at 'AGT' ['America’s Got Talent']. When I performed 'Spice Up Your Life' for Mel B, that is the closest I’ve ever come to becoming a Spice Girl. I was hoping for the call-out for the reunion tour. Victoria Beckham didn’t do it and I thought, really, there’s a gig going. Pretty rude that I wasn’t asked! Well, I was doing something that many of the Spice Girls don’t do, which is sing live, so maybe they were a little bit threatened.”

Even after his time on 'America’s Got Talent' came to an end, Hans’s impact on the ‘Got Talent’ franchise remained. He even made his television judge debut as a special guest judge on 'Australia’s Got Talent' earlier this year. Of course, he loved every second and says, “like every good German, I was drunk with power!”

“Being judgemental is kind of second nature to me. I feel like it’s something I do on a daily basis, just down the street; like I’m always judging people.”

Even with his incredible career achievements so far, Hans has no plans of slowing down. He’s dreaming bigger than ever.

Hans has taken the entertainment world by storm, accruing some very notable fans like Howie Mandel, Mel B, Courtney Act, and even many of our nation’s politicians. 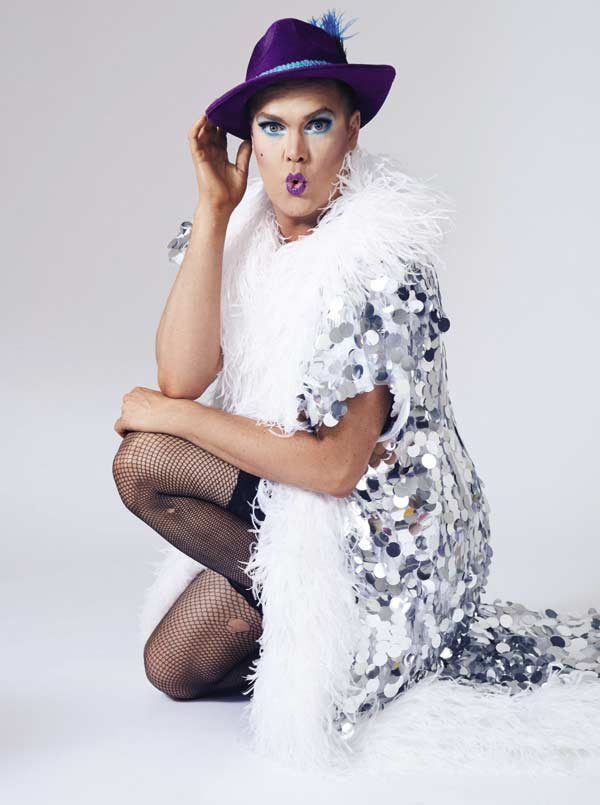 “This year, I got to perform at the Midwinter Ball in Canberra and they were all there. It was Albanese, Scott Morrison, queen Tanya Plibersek. . . And Bob Katter was in the front row. Even he was having a good time! You know, talk about mass appeal! We get all the gays and even Bob Katter cracking a smile. As he famously said during the plebiscite, ‘may a thousand blossoms bloom indeed’.”

At his heart, Hans truly is all about the local community.

“For me, [performing] was a calling and really, a community service. I’m not doing it for me, I’m doing it for other people. I think it’s really a selfless act on my part. I consider myself the Mother Teresa of cabaret. I’m just doing this show for the greater good. I’m like Greta Thunberg basically.”