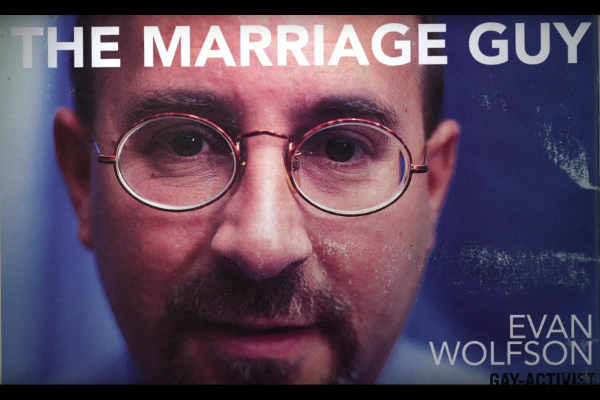 Documentary 'The Freedom to Marry' has been selected as the Opening Night film at BBFF 2017.

The ultra-topical documentary traces the battle for equality by North America’s LGBTQI community, from the early days of Stonewall through to the Supreme Court decision just two years ago.

As Australians are faced with voting on same sex marriage, BBFF2017’s opening night film is an unambiguous statement of intent: It’s time: the country is ready. Vote for equality and freedom.

That is the message carried by the film’s passionate advocates for the right for all people to marry their partner of choice. Evan Wolfson was pre-eminent; a man who identified as gay in his '20s and who immediately committed himself to the cause.

He is the godfather of equality. Brilliant lawyer Mary Bonauto is the godmother. With the support of millions of people across the nation, they persuaded a divided Supreme Court to make it legal for them to wed.

The documentary’s strength lies not merely in the political – moral – struggle it reports on, but the human dimension to it. With Evan and Mary it becomes something of a character study. With a loving lesbian couple who have sustained a thriving family of cast-off kids for years, it’s their struggle to complete their family with the security of a legal bond.

With the support of millions of people across the nation, they persuaded a divided Supreme Court to make it legal for them to wed.

It’s a film about our common humanity – and about how change comes through conversation. Suffering setbacks in the courts, and in the face of vast and powerful religious opposition, the lobbyists see the need for national unity and a highly professional campaign. And can they focus!

BBFF spans across ten days in six venues, featuring over 175 independent films, and attracting filmmakers and film-lovers from all over the world.