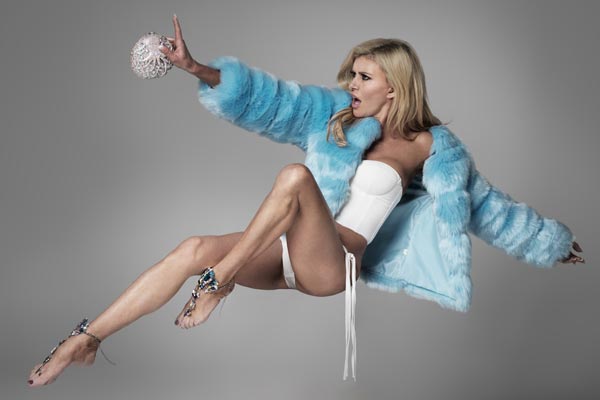 Adelaide will transform into a wonderland teeming with a flamboyance of flamingos for two weeks during its upcoming LGBTQ+ arts festival, Feast.

It will all begin with the Opening Night Party at Migration Museum, starring The City Of Adelaide Concert Band, The Rocky Horror Drag Show, Mama Alto, and 'Real Housewives Of Melbourne' star Gamble Breaux. She has already released two songs... 'This Time', and a cover of Eagles song 'I Can't Tell You Why'.

Gamble, who has been a Real Housewife since the show's second season in 2015, is excited to be part of the event. She describes her set as “dance and rock 'n roll”.

“We've got real instruments and I'm working with a heavy metal band,” she exclaims. “They're actually friends of my husband and we've been writing some really hard, cool, fun music together. I'm really excited to be writing again. And I'll have dancers, I'm bringing some really beautiful male and female dancers with me so we're going to have some sexy, sexy stuff for the boys and some sexy stuff for the girls... It will be a bit of a production!”

Although Gamble herself is a heterosexual woman, she says she feels a close connection with the LGBTQ+ community and has for as long as she can remember.

“I was bullied fairly strongly at school,” she admits. “I was always a bit different. I guess I didn't like straight nightclubs very much.

“I always felt much more at home on Oxford Street than I ever did in the straight clubs. No one should be ashamed of their sexuality and I remember when I was younger I thought 'why do people have to come out, isn't it private what people do in their bedroom?' I don't think anyone would want to know the inner workings of my sexual relations!

“I just think no one should feel ashamed ever. I've given everything a bit of a whirl when I was younger because, you know, I had one too many party drugs... But I also didn't want to feel like I couldn't be free.  Now we can celebrate, now we do have marriage equality.”

Gamble's even written a song especially for Feast. It's called 'Fire & Fury', and she'll be performing it for the very first time at the Opening Night Party.

When she was younger, Gamble had her own struggles. Her recent foray into music is a result of multiple successful surgeries on her ears after hearing problems. However, she says at first she felt as though entering into music as someone older than in their mid-to-late 20s may be seen in a certain – negative – way.

“I felt like I was 'too old' to be in the music industry. I lost my confidence. Now, I'm back! With tenacity!” she laughs. “And it's fun. It's what I enjoy doing and you can do so much yourself, you can self-publish now, we're all independent now if we want to be and there's no fat man in the crowd waiting to tell you that you've got a career or not.”

With her newfound confidence, and defiance against ageism and naysayers, Gamble is more than ready to bring her music to the stage and is even planning a tour for next year.

“The more fun you have, the younger you stay,” she muses. “And I am having so much fun.”